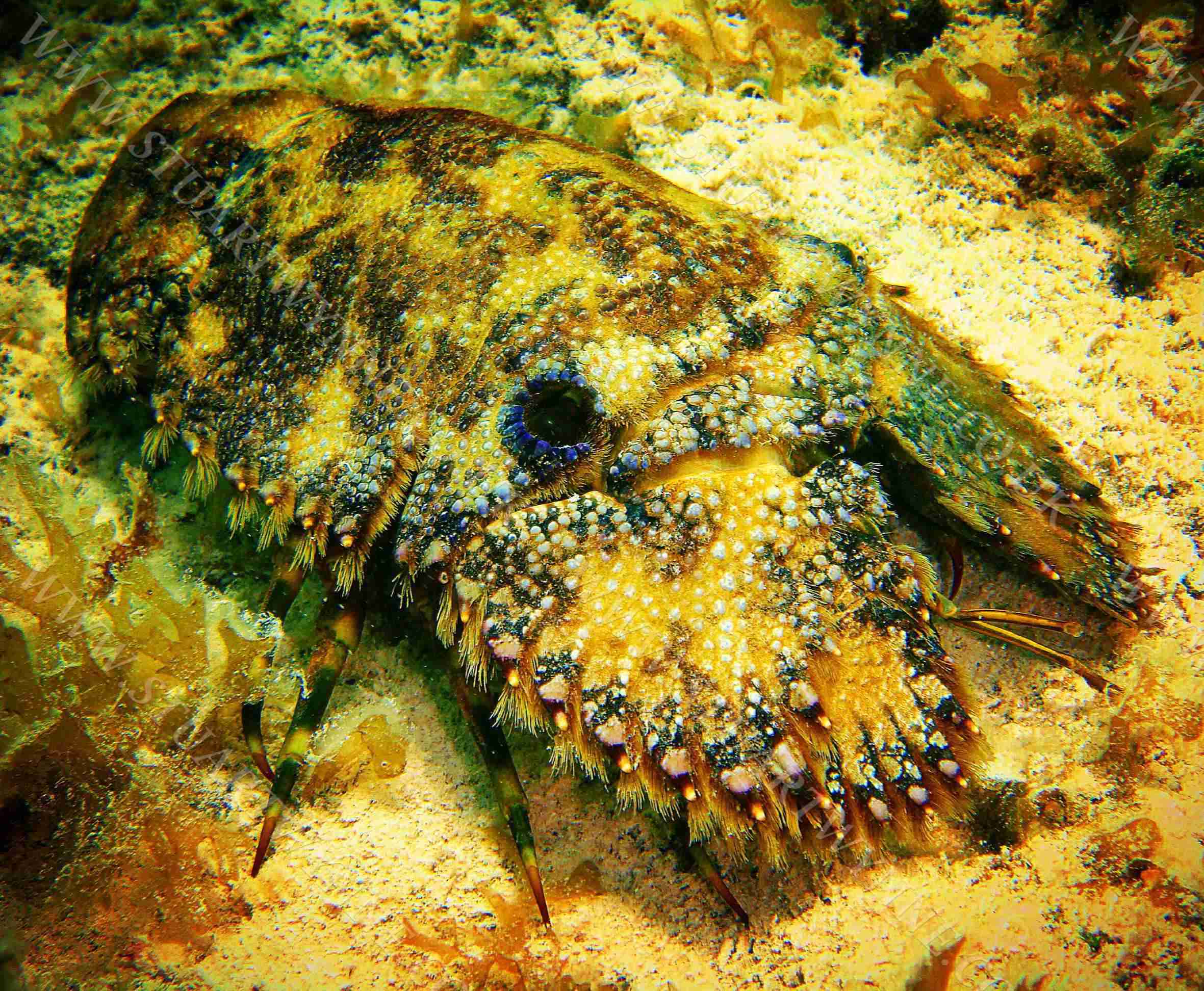 This is the only Sculptured Slipper Lobster that I have ever seen underwater as they are not particularly common and hide under protective recesses during the day, only coming out to forage at night. Known locally as a Sea Louse, the detail on the fringes of their carapace is amazing with frills and patterning that really means they live up to their name. As with most lobster species they can rapidly retreat with a couple of powerful tail flicks, so you may think you are getting close and about to take an awesome picture, but within the blink on an eye they can disappear leaving behind a disappointed photographer.

In actual fact I have never seen a member of this species in its natural habitat. The individual in this photograph was actually found in a fish-pot, and was released on my request as I really wanted a picture of it under the water. So the below post that I put up on Instagram is only a partial fib…..

Orginally posted on Instagram @sea_anguilla with the text: Sculptured Slipper Lobster having an evening stroll around the reefs close to Limestone Bay. Beautiful even by most lobster standards, and pretty rare to see unless you are an avid night diver. Love it.