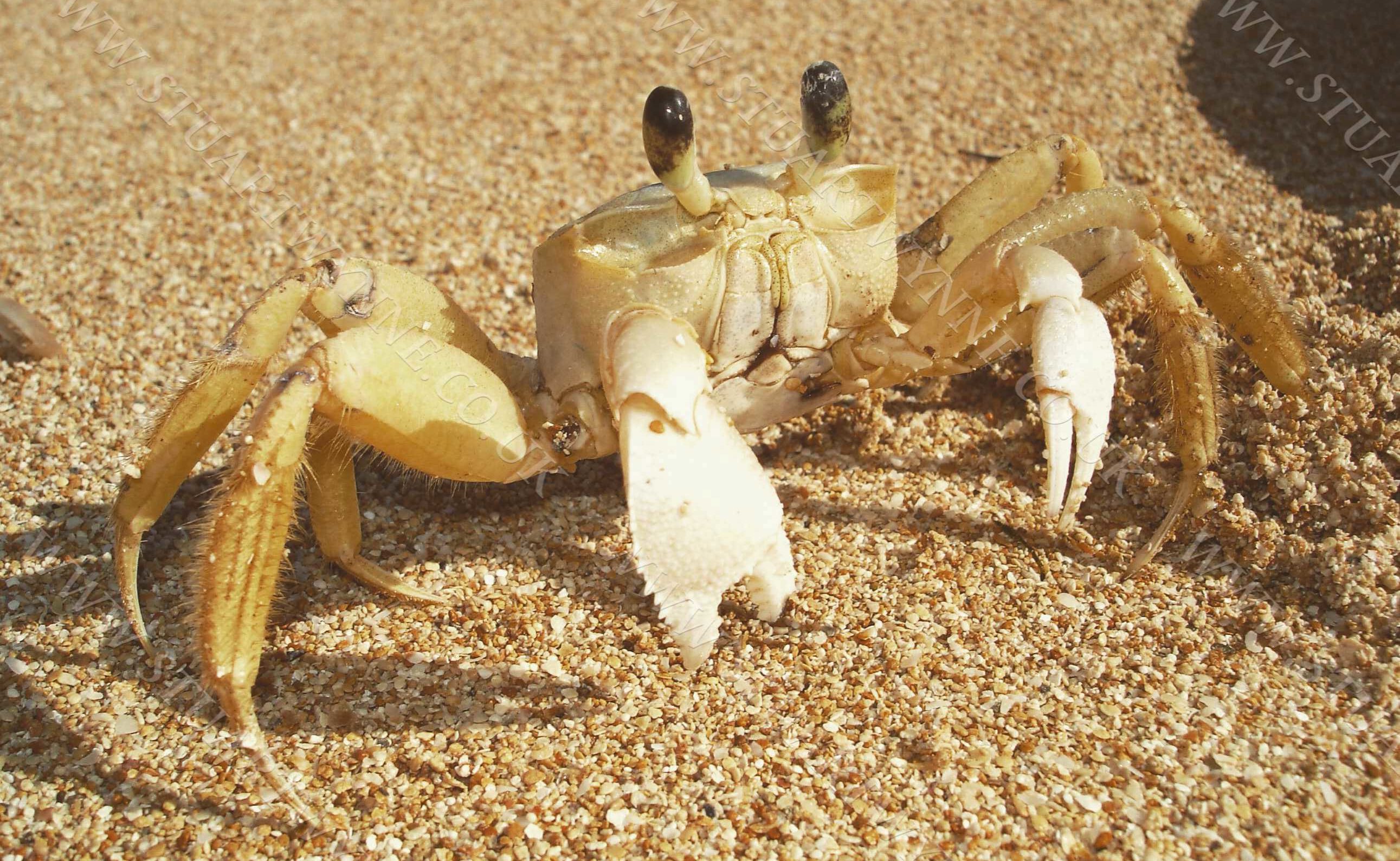 One of the coolest beach residents, these little guys live in burrows and come scurrying out when no-one around to forage on the beach for detritus and other tasty morsels. Unfortunately for the Atlantic Ghost Crab, they are also the favourite of seabirds and visiting dogs, so their caution is understandable. They can close their burrows off during hot parts of the day and can be over a meter deep, although they are easily crushed if vehicles are allowed to drive on the beach. Over the years this species has been reported as less common on beaches frequented by people due to general disturbance and other adverse impacts such as light pollution.

The Atlantic Ghost Crab (Ocypode quadrata) is the only species of ghost crab in the Atlantic region, but the species is pretty widespread, being found from the northern-most reaches of the eastern US all the way down to the southern coast of Brazil.

Originally posted on Instagram @sea_anguilla with the text: Atlantic Ghost Crab seen scuttling around foraging among the sand grains. These cute little crustaceans live in small burrows and usually disappear at the first sign of trouble. This one however was exceptionally brave, posing for the camera before slowly sloping off for cover. See them on most sandy beaches in the early morning before the tourists come.