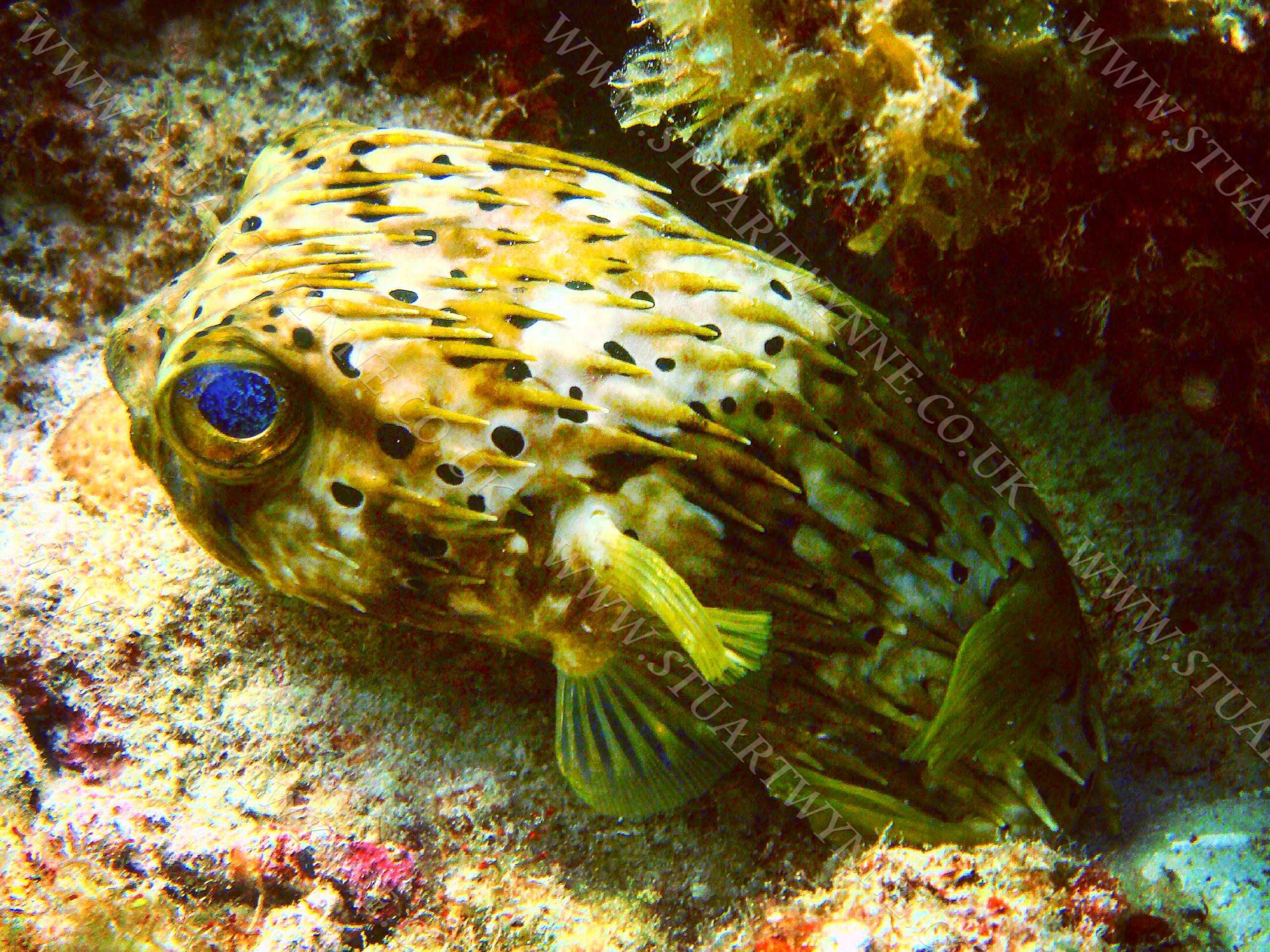 If ever there was a cute fish, it has to be this. A member of the porcupinefish family (and close relative of the pufferfish), with huge eyes that resemble Betty Boop and massive lips that look almost human, it is difficult to pass one of the guys by without thinking ‘aawwww’. They are very shy too which adds to their charm, and will move away when approached and often hide in caves or under recesses, and peer out to see if the coast is clear. It was actually quite out of the ordinary that this one let me make such a close approach, but in an attempt to make itself smaller it tried tucking its tail around its body like a little sleeping puppy. OMG soooo cute! The spines of the balloonfish lay flat most of the time, unless attacked by a predator (or poked by a diver) when they stand errect as its whole body inflates dramatically. As always, I really do not recommend divers testing out this poking response as the spines are very sharp and can cause a nasty wound on soft water drenched wrinkly skin. Just observe peacefully and enjoy the cuteness.

Originally posted on Instagram @sea_anguilla with the text: Balloonfish curled up quietly under a rock in Shoal Bay East. The pufferfish are probably one of the cutest group of fish in Anguilla with their massive eyes and big fat lips, although some species are much smaller and easily overlooked. The Balloonfish, as its name suggests, can puff up if molested to deter potential predators. If approached by divers however they often choose to swim away and hide under a crevice rather than going to the effort of doing this.