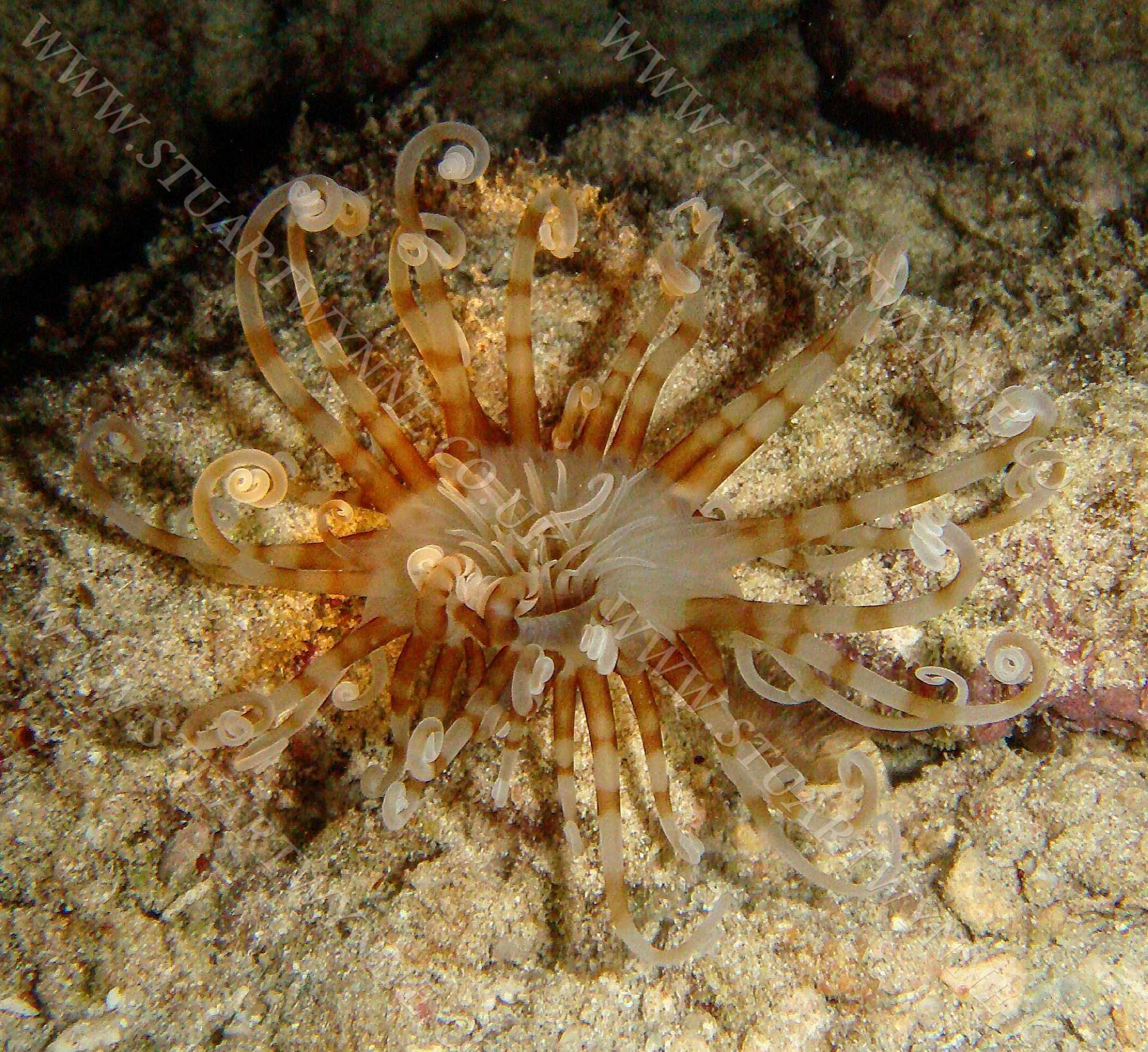 Seen during a night dive at Meads Bay, the Banded Anemone is a species of tube dwelling anemone that spends daylight hours hidden in its parchment-like home waiting for dark solitude. When the sun sets, it extends out to filter feed on passing morsels. If disturbed however, they will quickly retract back down to safety. They live predominantly in sandy areas, although they may sometimes be seen among coral rubble. With many similar appearing species precise identification is difficult without collecting and dissecting a specimen.

Actually, Meads Bay is one of my favourite places for a night dive, and a location that most would not bother with for such an activity. About thirty metres from shore there is a small rocky ledge that runs parallel to the beach. During the day it is quite an interesting place to snorkel, but by night it really comes alive. Green turtles, basket stars, brittle stars, sleeping parrotfish, nurse sharks, lobsters and many other interesting creatures are all waiting to be appreciated.

Originally posted on Instagram @sea_anguilla with the text: Banded Anemone seen during a night dive at Meads Bay. These curious creatures are completely hidden during the day, but at dusk they slowly begin to peek out from their hidey-holes in search of a tasty snack. One of a large community of animals that cause the vast differences seen on a reef after dark.