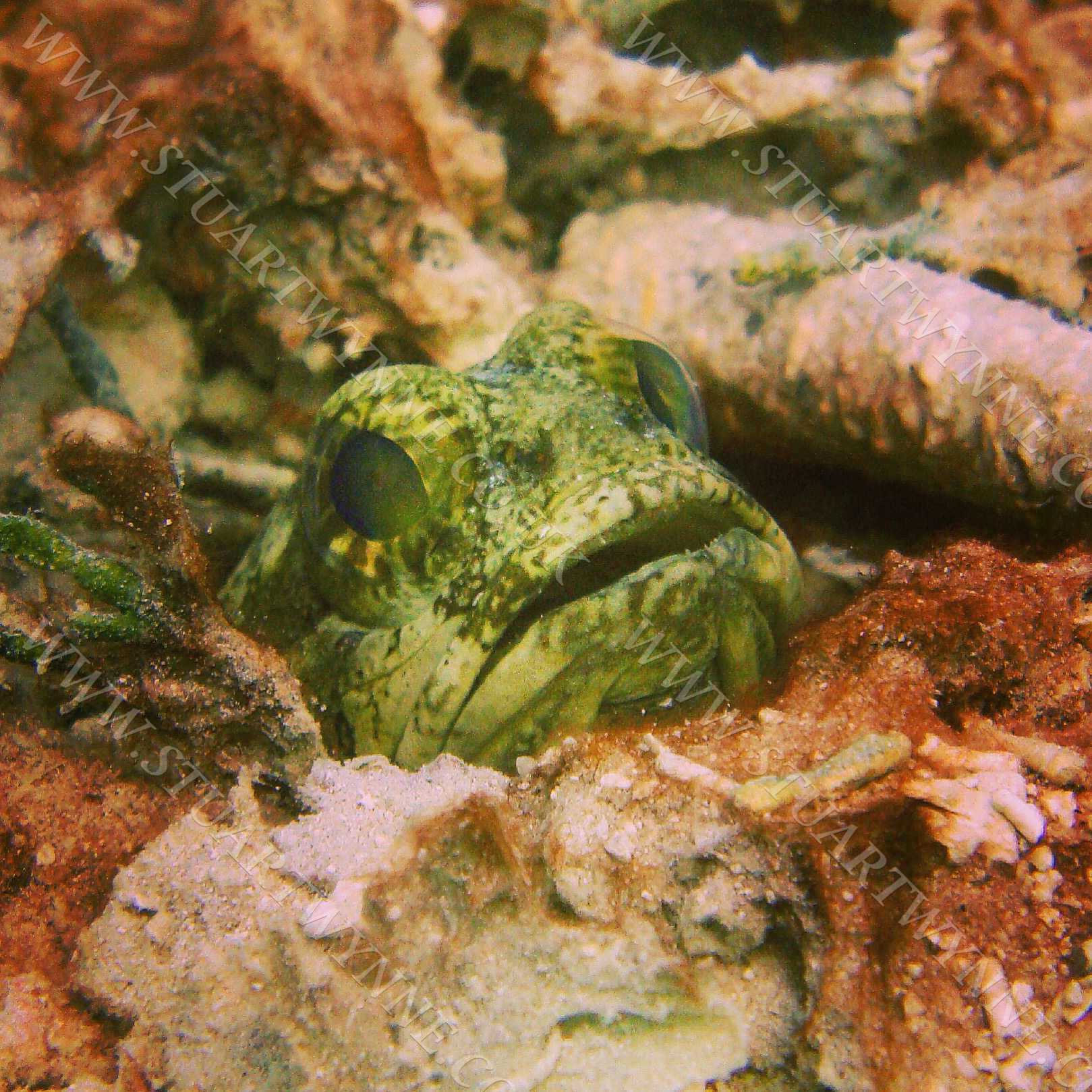 The Banded Jawfish (Opistognathus macrognathus) is one of those curious fish who seem to prefer to spend their life underground, rather than swimming around freely in the lovely crystal clear waters. They are very nervous, and sit in their burrow with their head peering out nervously looking for threats. If approached by divers they usually retreat back inside their burrow to safety. Luckily for me, the individual in this photo was as interested in checking out a person underwater as I was of snapping a picture, so it allowed a close approach and a number of shots to be taken. One of the reasons I wanted to make a close approach, was because as with other members of the this fish family, the Banded Jawfish has the curious habit of protecting its newly hatched babies but keeping them safely in its mouth. Unfortunately this guy wasn’t in creche-mode, but very obliging none-the-less. Thanks!

Originally posted on Instagram @sea_anguilla with the text: Banded Jawfish peering from its burrow in the rubbly sand flats along North Cliffs. These shy little fish are great at DIY, lining the entrance of their burrows neatly with small pebbles, into which they quickly retreat back down when approached. This makes them hard to photograph, but sometimes their curiosity gets the better of them and they can’t resist having a little look out to see if the threat had passed.