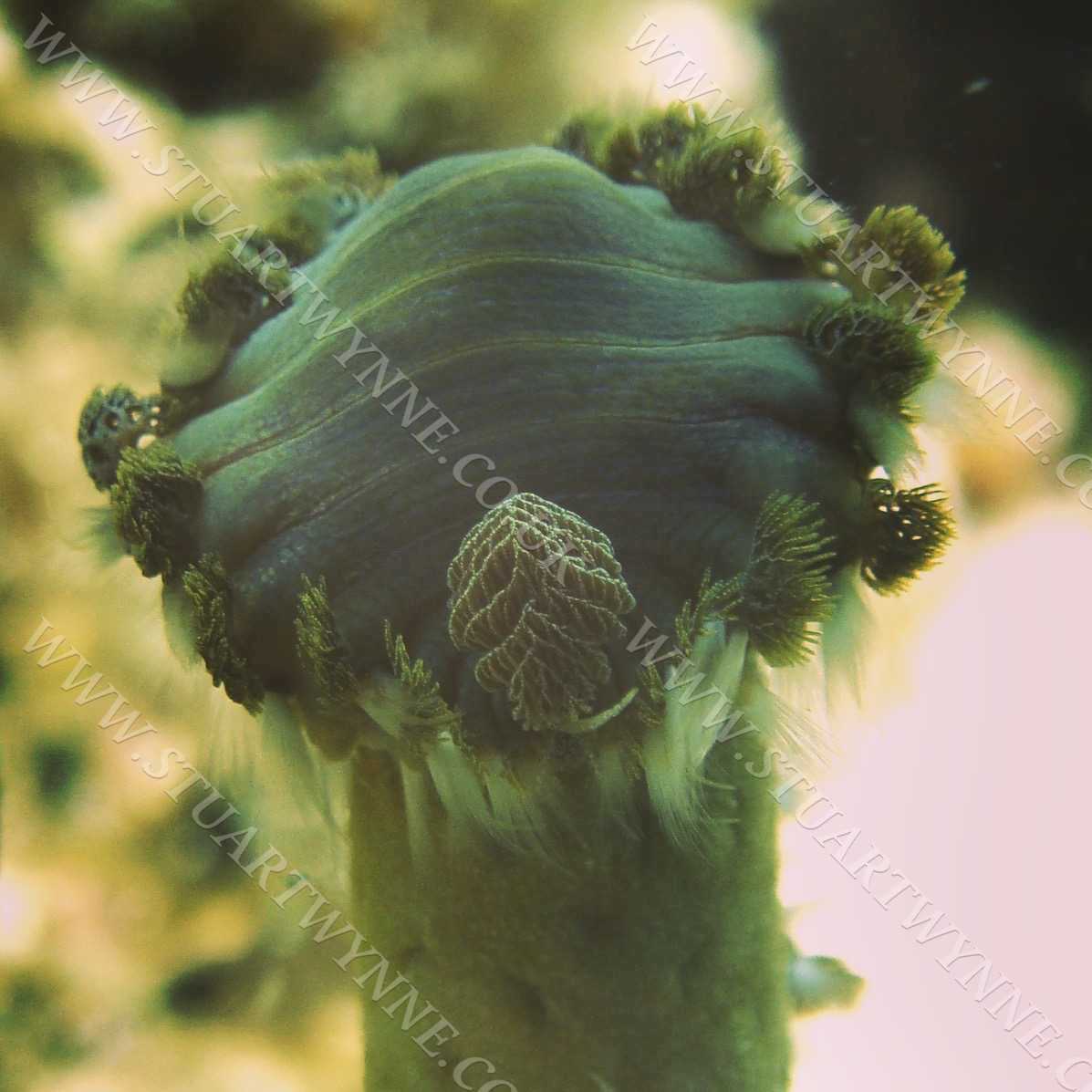 The Bearded Fireworm, so called as when disturbed they puff out and fluff up a display of bristles that can easily penetrate and snap off in the skin. This causes a mild to painful burning sensation that one is best to avoid. They are pretty voracious grazers of stationary invertebrates from anemones and soft corals to species of hard corals. The pictured specimen is enjoying a breakfast of gorgonian rind (Slit Pore Sea Rod) and juicy polyps hiding underneath. They can cause very obvious injuries after having their fill, often leaving the internal supporting rod exposed and susceptible to cyanobacteria infections or similar. All going well though the remaining polyps can multiply and eventually seal the scar.

This species of fireworm (Hermodice carunculata) is found throughout the Caribbean Sea, in the Gulf of Mexico, down the coast of South America to Guyana, across to western Africa and even in the Mediterranean.

Originally posted on Instagram @sea_anguilla with the text: Bearded Fireworm munching on the tip of a searod. This little fella will fluff up its bristles if disturbed as a predatory defense, and can cause skin irritations if accidentally touched while diving. A good reminder to keep our hands and feet to ourselves when underwater.