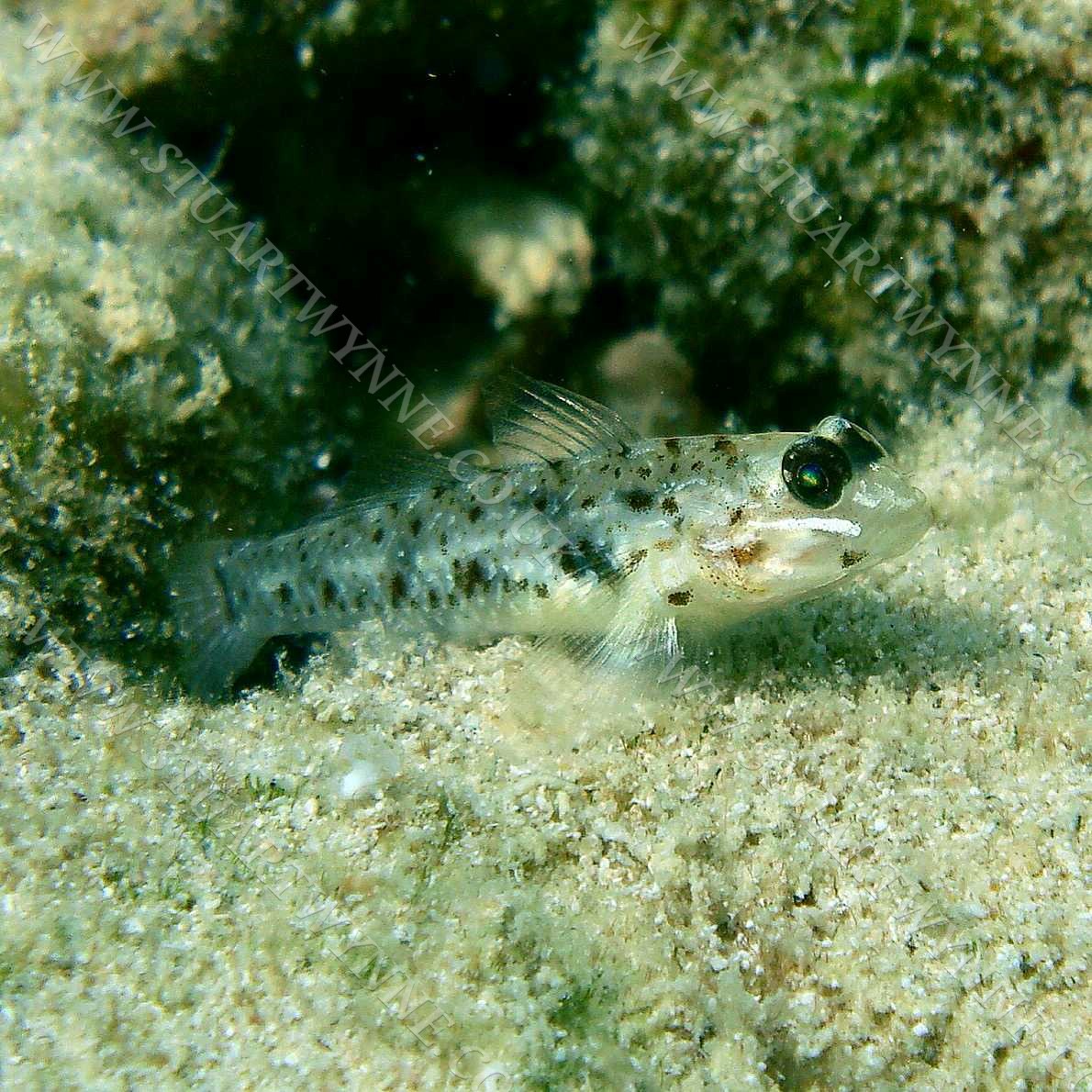 As I find myself often discussing, it is amazing the detail and beauty found in the underwater world if one looks closely enough. The Bridled Goby (Coryphopterus glaucofraenum) is another example of this. For most underwater visitors, this small fish probably goes unnoticed and most would not know it existed…..they may even look at the featured image here and think it is of a rare species. Not so! This species, along with other similar gobies are very common, and if one takes a close look at most small sand patches within a coral reef habitat, they can be seen sitting there motionless, blending in perfectly with their background. The Bridled Goby itself is considered ‘abundant’, so possible to observe on numerous occasions on almost every underwater excursion if one looks closely enough. It is usually pale when sitting on sandy areas, but its markings become more obvious if perched on a rock or in seagrass areas. Its distinctive feature differentiating it from other similar gobies is, as its name suggests, a bridle-like bar from the corner of its mouth across the side of the head and under its eye. Once spotted they are pretty obliging subjects from those interested in underwater photography as they sit motionless unless really closely approached. Thanks Bridled Goby!

Originally posted on Instagram @sea_anguilla with the text: Bridled Goby sitting on the sand watching the world go by. These little fish are surprisingly common, but their colorations combined with a love of sitting still means that most observers pass them by unaware of their existence. Next time you go snorkelling in Little Bay take a close look and see how many you can see.