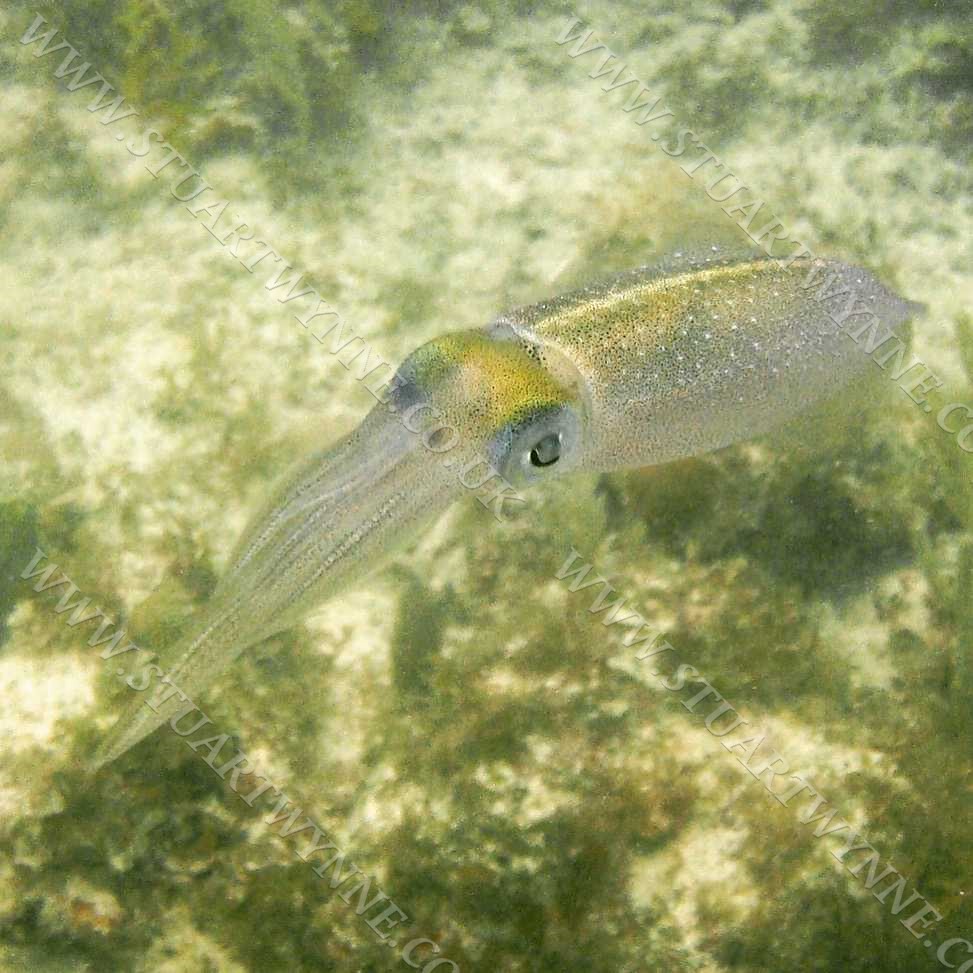 One of my favourite sightings while diving, the little Caribbean Reef Squid can often be seen in large groups and seem very interested in nearby divers, holding their position while intensely staring. Their defensive posture is especially cute when they hold up their arms in a karate-like formation trying to scare off the nearby threat. It would probably work if they were a little bigger, but I have to say that it always makes my heart melt.

As with all squid, this species (Sepioteuthis sepioidea) is capable of rapid colour changes which it can reportedly use to communicate with one another, especially during courtship rituals. Feeding on small fish, crustaceans and molluscs, the Caribbean Reef Squid is found throughout the Caribbean Sea, and up through the Bahamas and tropical coast of the US, and is the only species of squid regularly sighted by divers on coral reef habitats as it comes inshore to these areas during its breeding season.

Originally posted on Instagram @sea_anguilla with the text: Caribbean Reef Squid photographed at Limestone Bay. These cute little cephalopods can be extremely curious of divers and hover almost motionless while investigating. Sudden movements may startle them though and result in a little squirt of ink before they disappear out into the blue.