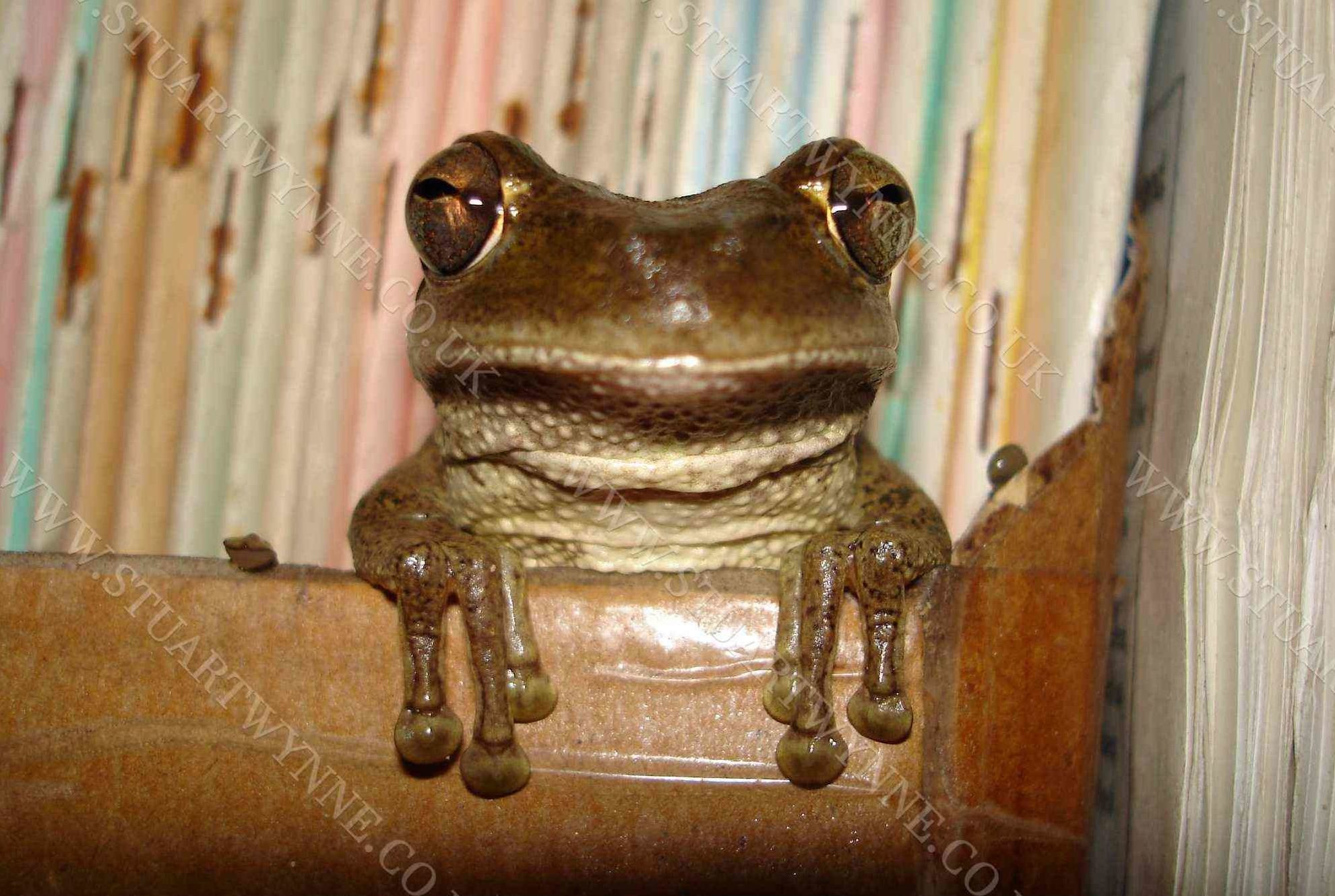 The Cuban Tree Frog (Osteopilus septentrionalis), native to Cuba, the Bahamas and the Cayman Islands, has been introduced to many islands around the Caribbean, and even across to Hawaii. Its flexibility with diet, combined with an ability to thrive alongside human populations, is responsible for their success. However, their love of humans isn’t reciprocated: these guys are considered a bit of a pest, infesting rain water holding tanks and making the contents questionable in terms of drinking. Still, one cannot deny how cute they are.

The pictured individual spent a number of months living in this book case, hopping around happily and croaking loudly at night or during heavy downpours, returning later to the exact same little nook for a snooze. When it was deciding whether to go off and explore, it would look out over the edge of its little cardboard house, little toes stretched, and peer around curiously before departing on its travels. So Cute! One day though it had sadly vanished, and I was never sure whether it left its bachelor pad to go and start a family with a new acquaintance, or had succumb to some kind of grizzly fate that so often befalls these soft, kind of squishy, creatures.