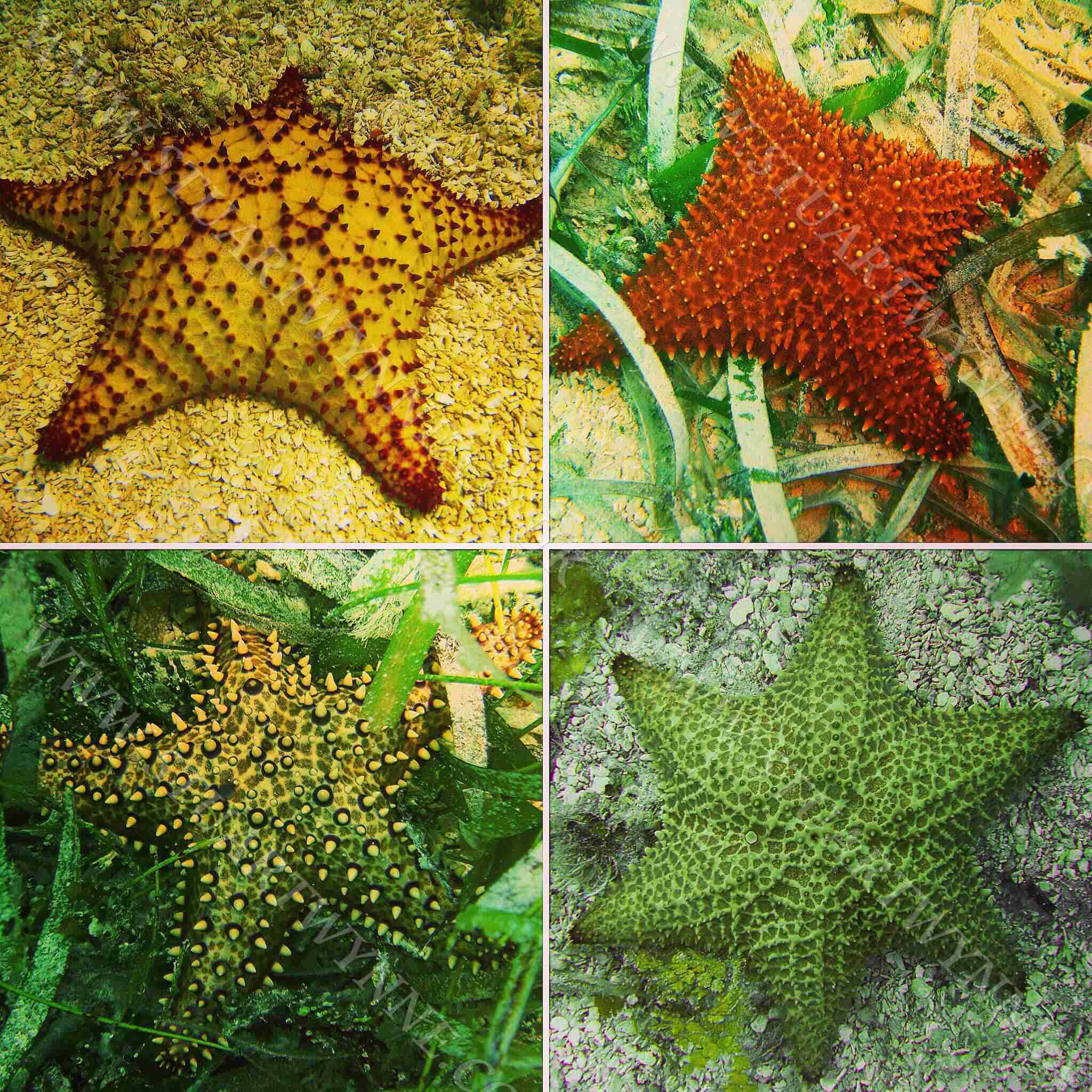 The Cushion Sea Star (Oreaster reticulatus) is one of the largest Caribbean Starfish (to use the old name, as Sea Star is now the accepted variant!), but it is also very interesting to see the genetic variants that exist. As with all echinoderms, the Cushion Star Fish exhibits radial symmetry with five big chubby arms that it can regrow if lost in a predatory brawl (and interestingly, if an individual gets cut in half, or even losses a leg but that leg survives and has a bit of the central disc intact, all fragments can regrow into a new complete adult!). However, this five fold radial symmetry isn’t set in stone. If one swims around sand flats and seagrass beds for long enough, you may make a chance encounter with a genetic variant. As you can see in the four featured images, together with the adult five-armed Cushion Sea Star (top left), and juvenile (bottom left), is a four-armed version (top right) and six-armed version (bottom right). The four-armed version hasn’t lost a leg in a battle, as its radial symmetry is still intact…..if it had there would be an obvious injury visible and the legs would not all have even spacing (although when I first saw this individual I did wonder!). It wasn’t until I saw the six-armed version that I realised this anomaly was due to genetics, as that would be the only way a six-armed Cushion Sea Star could exist. If anyone sees one with three or seven arms please let me know!!

Originally posted on Instagram @sea_anguilla with the text: The Cushion Seastar comes in all sorts of colours, shapes and sizes. The typical growth form has five arms although genetic variants exist with either four or six appendages. Juveniles are usually darker in colour and prefer seagrass areas before moving to sand dominated habitats. Quite a variety for a single species!