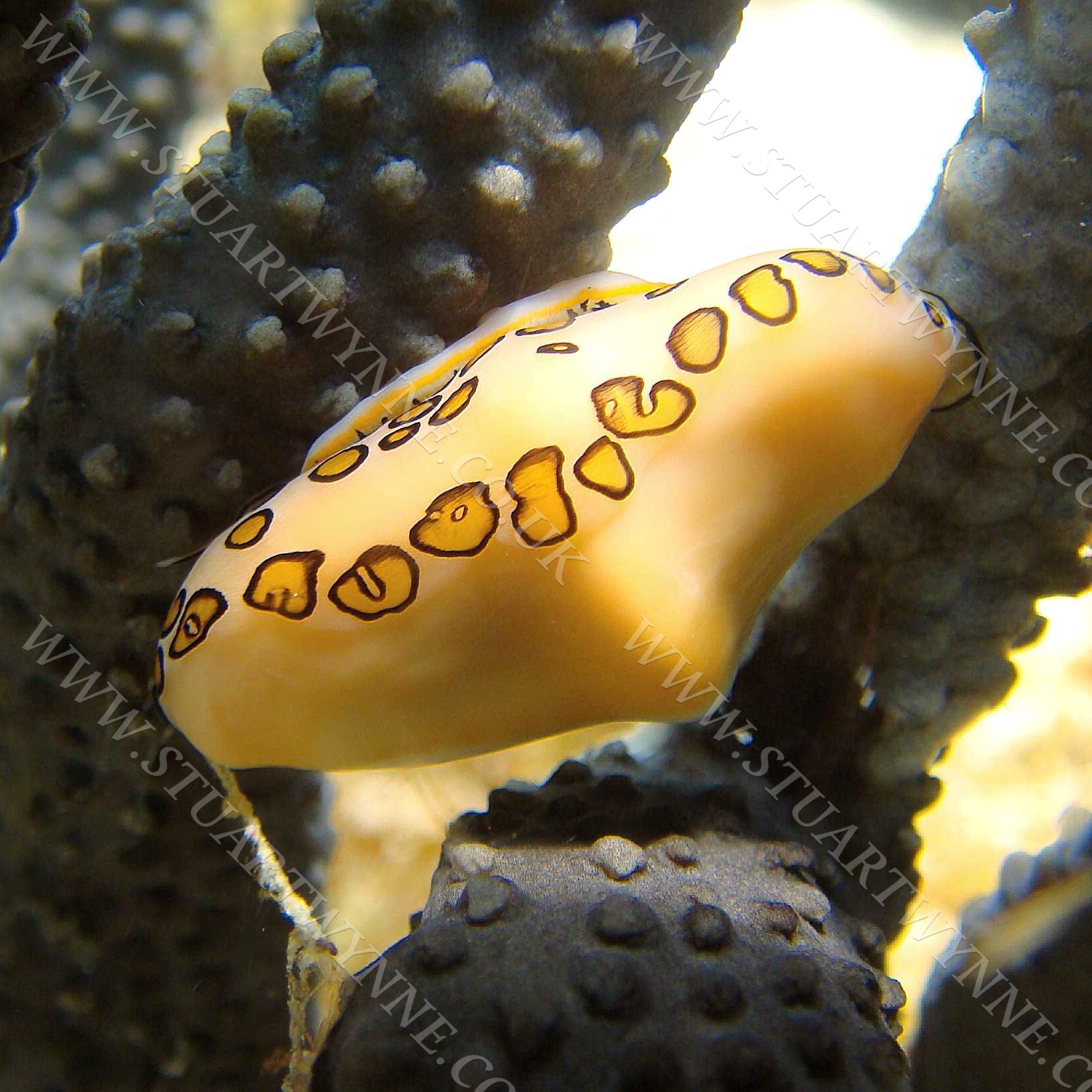 One of the most ornate Caribbean gastropods, the Flamingo Tongue (Cyphoma gibbosum) is also one of the most vicious. It creeps around the reef environment, and consumes corals, favouring sea fans and sea rods. Slithering up its structure, the Flamingo Tongue can leave very obvious scars of consumed coral polyps in its wake. We all have to eat though, so it can be forgiven for this behaviour, and over relatively short time spans the neighbouring polyps will clone new ones that replace those eaten.

The beautiful patterns displayed by the Flamingo Tongue are colourations on its fleshy mantle that extend over the shell when active. The keen observer will them slowly pulsating as the creature moves. If disturbed, the mantle retracts back into the shell and leaves a white/cream lustrous shell exterior exposed. This has been to the dismay of many poorly behaved divers in the past who collected a live shell, and expected the wonderful colouration to still be present when they returned to the surface. To their dismay, when they reached into their pockets to retrieve their quarry, they found a fairly bland looking creature and threw it back over board….probably now dead or at the very least most unhappy. These shells often wash up on beaches, and few would imagine how different they looked when alive and kicking on the reef, chowing down on gorgonians. A real secret treasure.

Originally posted on Instagram @sea_anguilla with the text: A Flamingo Tongue grazing on a Black Sea Rod. These molluscs have a voracious appetite and can inflict significant damage to soft corals such as this. Their beautiful colorations are in fact on their fleshy mantle and so can expand and contract in quite surreal ways. When washed up on the beach the shell is plain creamy-white, looking very different than pictured here.