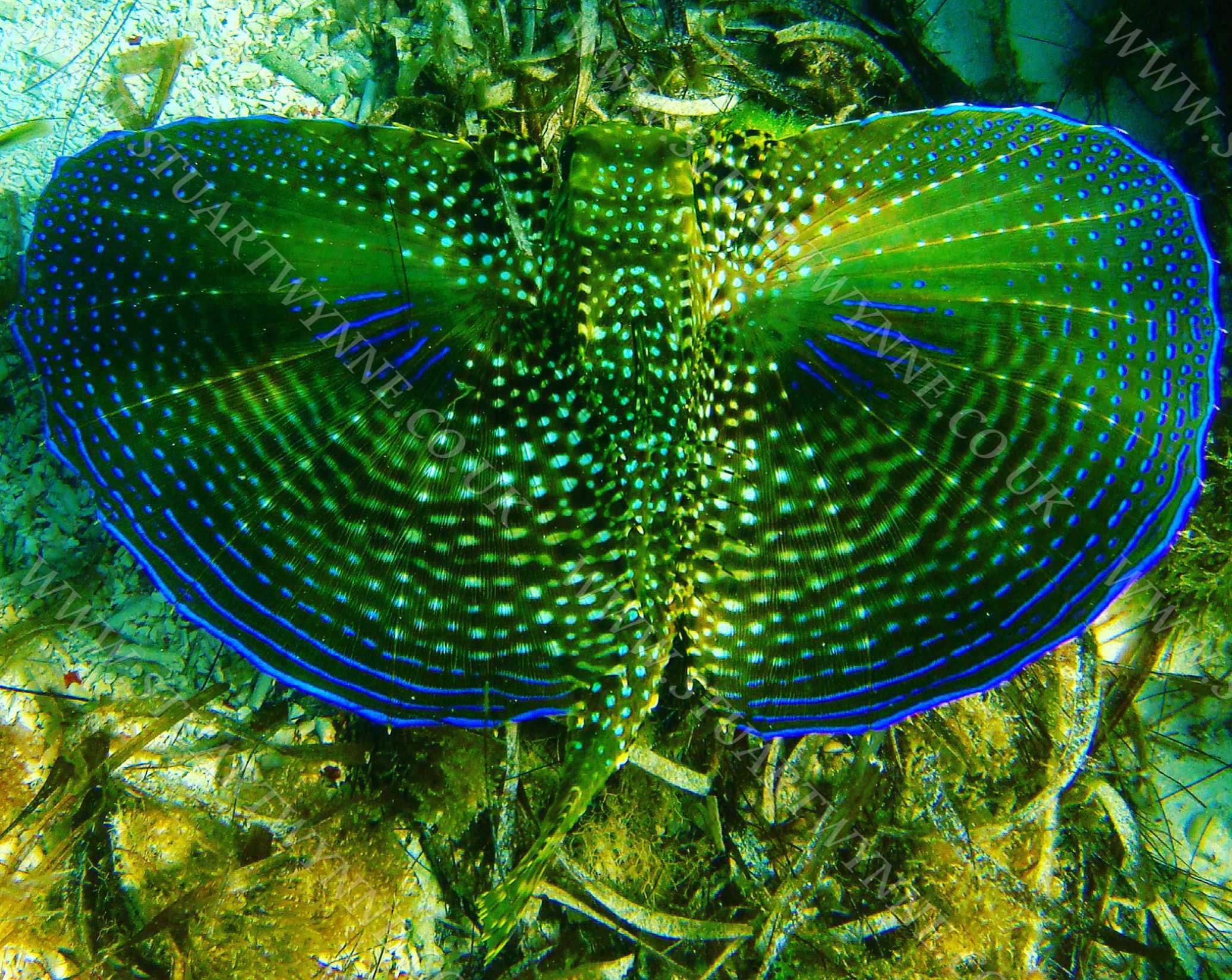 It is always quite a surprise when encountering a Flying Gurnard (Dactylopterus volitans) when snorkelling on a sand flat or seagrass bed (their preferred habitat). They are often fairly hard to spot, usually pale and seemingly motionless as they hover a few centimeters from the bottom. Then, is the observer gets too close for comfort…..flash!….they open their ‘wings’ and zip off away from danger. Their modified pectoral fins, with the bright metallic blue edging, startle predators while visually increasing the Flying Gurnards size and making their pursuer think twice before continuing to chase their potential meal. When foraging these fins are folded up and tucked into their sides, while the Gurnard ‘walks’ around on finger-like spines located on the lower side of the same fin. Quite a curious fish species indeed!

As an interesting note, the head of the Flying Gurnard is hard in a similar way to the whole body of the boxfishes (see the Honeycomb Cowfish) which serves effective armour plating for the species. The rest of the body is covered in a relatively thick leathery skin which, combined with the reinforced head, means that these fish often remain intact and dry quite nicely in the sun when washed up on the beach. It might not be for everyone, but they make a nice addition to any self respecting beach-combers collection!

Originally posted on Instagram @sea_anguilla with the text: Flying Gurnard cruising the seagrass close to Scilly Cay, Island Harbour. These close relatives of the Boxfishes spend much of their time inconspicuously hanging out on sand flats browsing for tasty morsels. They live up to their name when they become threatened by potential predators as they flash their ‘wings’ and glide away into the blue.