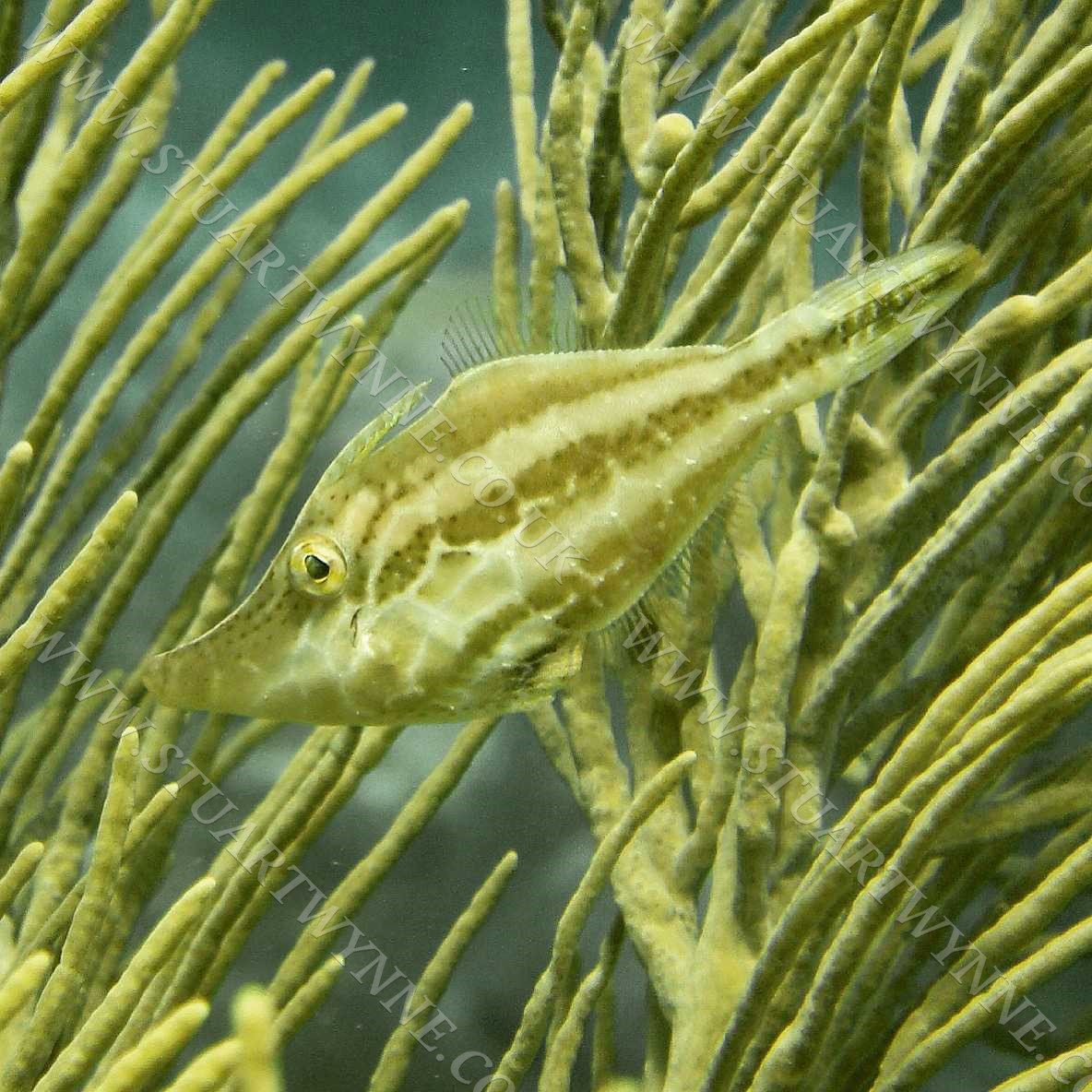 As with most of the small fish that live within seagrass beds, the Fringed Filefish (Monacanthus ciliatus) is rarely seen unless one looks very closely and waits for movement. The same goes for those of the species that live on reef areas, as they usually hang around soft corals in a similar way, using them as camouflage.  That is exactly what this individual was doing, which although it makes them difficult to spot, does make them much easier to photograph. They are so pleased with the quality of their disguise that they will often remain motionless allowing very close approaches. As with all filefish, they have a bard on their head that is hinged and can be erected when threatened. This is apparently used as a  deterrent to predators, who may have problems ingesting a fish with such an apparatus. However, the usefulness of it is questionable  for the Fringed Filefsh, as its small size means it would still be an easy enough mouthful for any passing diners. Still, it makes for a very cute sight when such a little fish gets all agitated and makes itself look ‘big’ by erecting its bard. Sweet.

Originally posted on instagram @sea_anguilla with the text: Fringed Filefish hiding amongst the soft corals close to Shoal Bay East. These cute looking fish are more common than one might think, but their ability to effectively camouflage mean they are often overlooked.