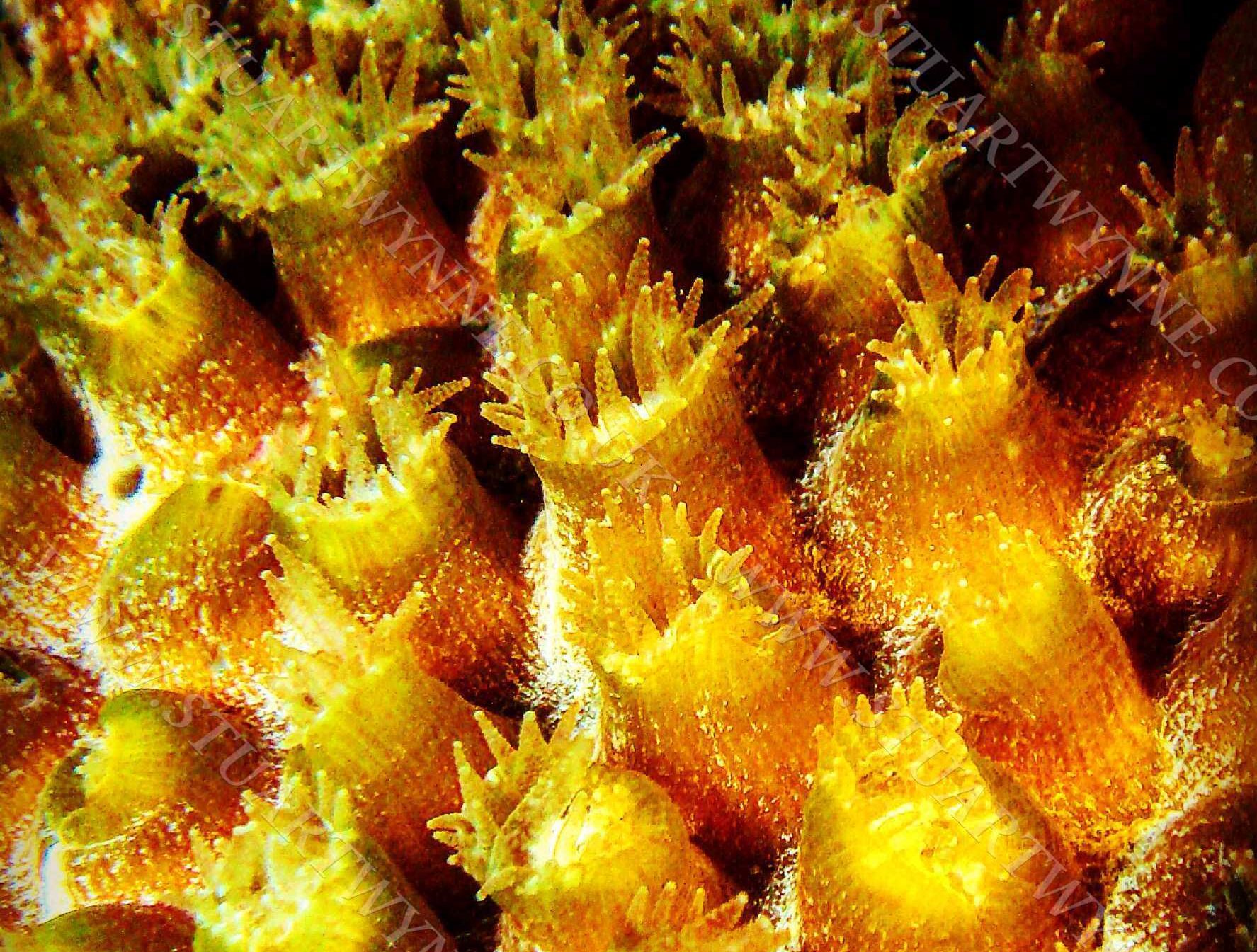 Great Star Coral polyps pictured open at night. These tiny creatures are incredible, with their delicate tentacles filter feeding food particles and their tiny skeletons slowly building huge reef structures over the centuries. Coral polyps are probably the most successful builders in the animal kingdom, responsible for constructing storm defenses for coastal communities and homes for a myriad of marine life. Without them, the world would look very different, but that is the reality we are facing today. Coral decline has become a reality, with a 70% drop in live coral cover reported over recent decades. The structures the polyps built are still there for now, but they are gradually breaking down. This will ultimately change coastal erosion regimes, reduce wave protection from storm surges, and reduce the amount of habitat for reef fish to live in. All is lost? Not necessarily, but one has to admit that the future is not looking as rosy as one might hope. What can you do? Click here to find out.

Originally posted on instagram @sea_anguilla with the text: Great Star Coral coming out to play just after sunset. This species of hard coral has some of the largest polyps of all in the Caribbean with very pronounced bulbous corallites. This is one of the more significant reef building corals, sometimes forming enormous domed colonies. Thankfully Great Star does not seem particularly prone to diseases as other more sensitive types are such as Elk Horn and Stag Horn corals that would have once dominated the undersea world around coastal Anguilla.