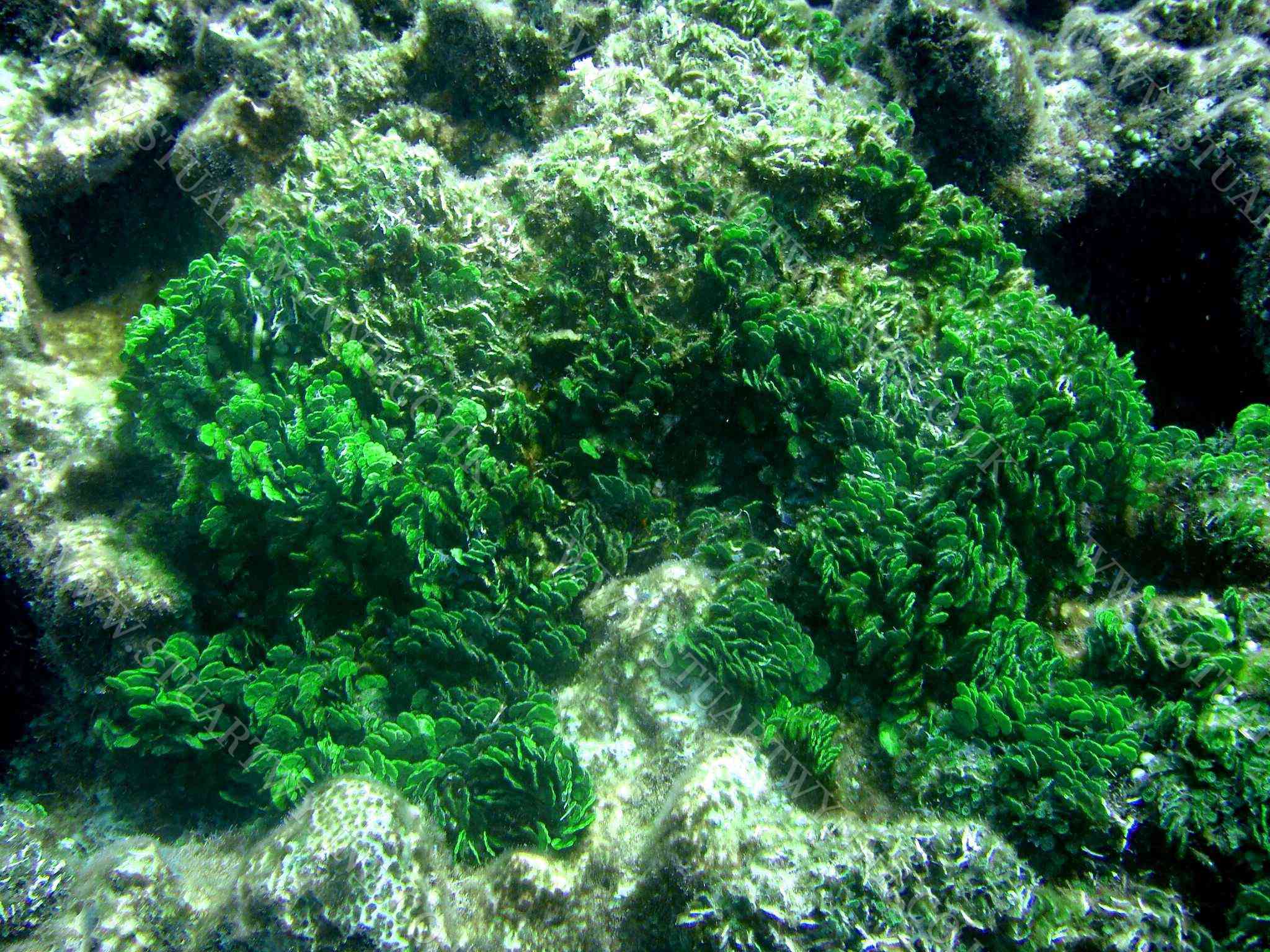 Species of Halimeda algae do a lot to help create the quintessential island paradise. Not only do they provide a home for many small fish, such as the juvenile filefish seen in a previous post, but they also contribute a lot to the white sandy beaches that so many of us take pleasure from. How do they do this? Well, interestingly, this genera of green algae produces an internal calcium carbonate skeleton that makes them hard to the touch, on which their soft little cells grow. When they die, these cells degrade quickly and leave behind a bleached white structure that detaches from the substrate and over time washes ashore. To begin with the calcified ‘lobes’ of the algae separate and form course grained areas of ‘sand’ (ever wondered what those really annoying white, flat grains of ‘sand’ are that stick to your leg and are really hard to remove, even in a shower?). These lobes can build up in huge numbers, and form large areas such as those found along the western end of Shoal Bay East, and on parts of Prickly Pear East (to name two). Over time, these larger grains gradually break down and become finer grained sand that mixes well with parrotfish pooh to form the bright white beaches that the Caribbean is famous for. Thanks Halimeda!

Pictured here is Halimeda opuntia, also know by the common name Watercress Alga, which grows on hard substrates and is one of the more common species that grows on reef habitats. However, other species can grow in dense forests on soft sandy substrates also, which is probably where most of that washed up on beaches originate from.