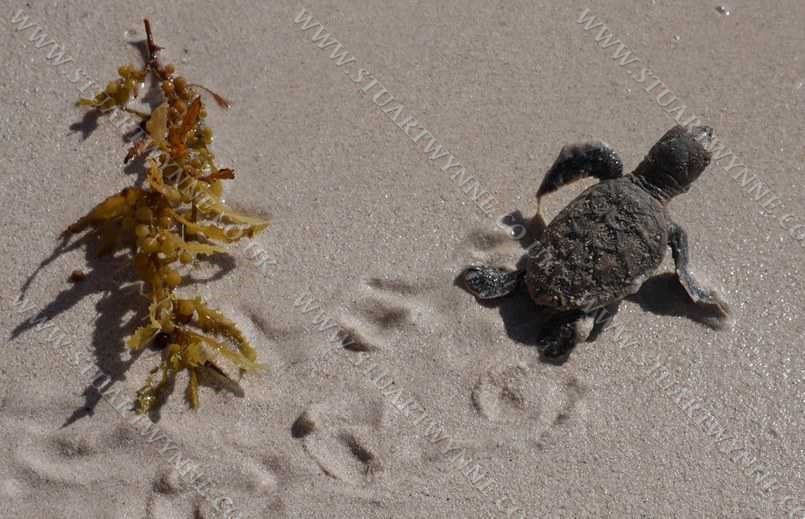 This was a very special moment. I had received a call from some local builders who had arrived at work to find some lost Hawksbill Turtle hatchlings flapping around in a foundation trench. He had put them in a bucket and placed them in the shade. Upon my arrival I walked them down to a nearby beach and released them a few meters from the shoreline, making sure they made it safely and watched as they swam away from land. Will any of them make it and return in a few decades to nest? What kind of place will it be like here then? Who knows, but it is nice to think that I gave them a chance.

Hawksbill Turtles are the second most common species of turtle in Anguilla waters, following the Green Turtle. Using the word common here I don’t want to be misleading……the latter being listed by the IUCN Red List as ‘endangered’, with the Hawksbill considered ‘critically endangered’. So image how lucky I felt not just to see some hatchlings of this species, but also to feel like I did my bit saving a few. Awesome.

Originally posted on Instagram @sea_anguilla with the text: Hawksbill Turtle hatchling making its way down to the sea at Merrywing Bay close to Cuisinart Golf Resort and Spa. It’s amazing the energy these little guys have, but they need it with the journey they are about to make. Hats off for sure.