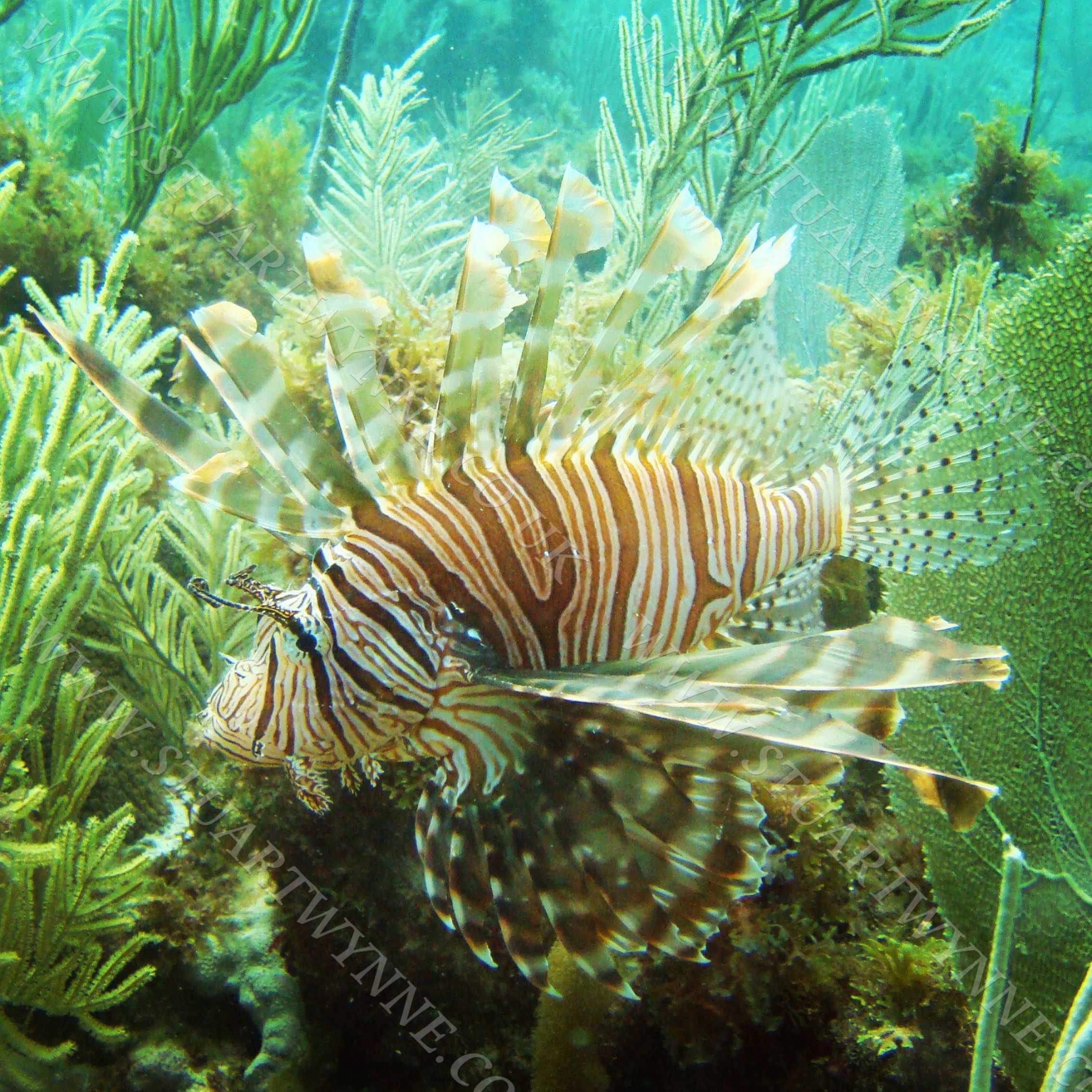 First appearing in Anguilla during 2010, the invasive Lionfish from the Indo-pacific region has spread around the Caribbean rapidly since its introduction into coastal waters off the southeast coast of the USA. Although sightings were reported off the coast of the USA in the late 1980’s a successfully breeding population is not thought to have established until the 1990’s when sighting frequency began to increase exponentially. It is generally considered that the introduction took place following accidental and/or intentional aquarium releases. Although beautiful, the Lionfish has poisonous spines and is a voracious predator of small and/or juvenile reef fish. With no initial natural predators the fear is that Lionfish populations will grow out of control and affect reef fish recruitment rates.

Originally posted on Instagram @sea_anguilla with the text: The invasive Lionfish from the Indo-pacific region arrived in Anguilla in August 2010. It is now a relatively common sight on reef areas although eradication efforts by local dive operators and the Fisheries Department have kept their numbers down. It is also tasty to eat so local fishers play a very important role in controlling their numbers. Beautiful to look at yet extremely painful to touch. Handle with the utmost care.