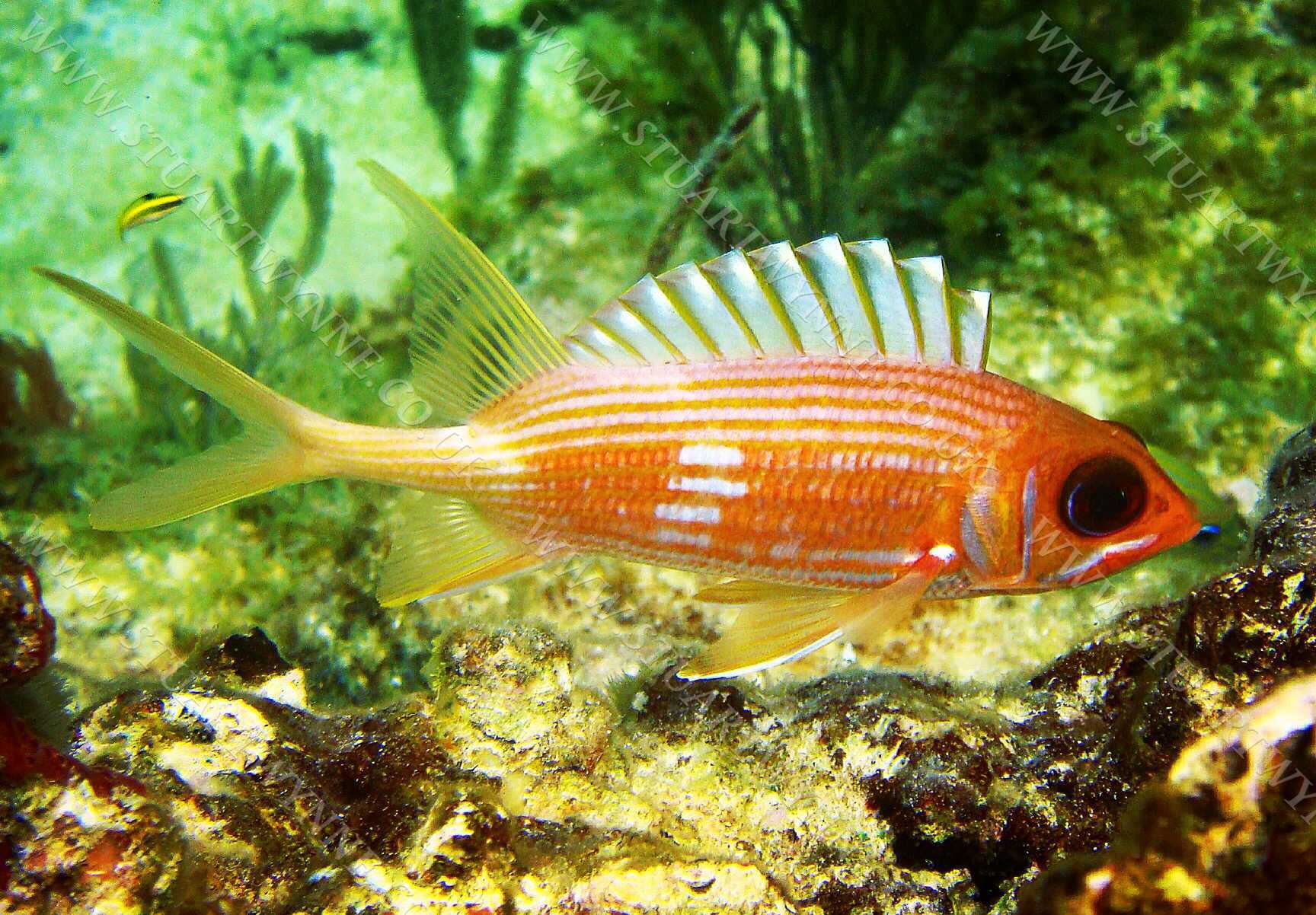 Known locally as the Redmon in Anguilla, Squirrelfish are one of the more common fish families in the Caribbean. Of the species present, there are five which make up over 99% of sighting, and of these the Longspine Squirrelfish is easily the most numerous. It is found on all reef habitats, wrecks, and even lonely rocks sitting as islands within seagrass beds. The squirrelfish belong to a larger group of fish known as the Bigeyes (for obvious reasons!), most of whom are usually more active at night. The Longspine Squirrelfish is an exception to this, as it is pretty busy during daylight hours also, which is probably the reason it is considered the most common species of the group. Other Bigeyes spend the day lurking within reef recesses, only coming out to play after the sun has set. The common name ‘squirrelfish’ reportedly comes from their pronounced rear dorsal fish which is often reminiscent of a squirrels tail.

Originally posted on instagram @sea_anguilla with the text: Long-Spine Squirrelfish browsing the reef near Shoal Bay East. These relatively common fish can be found on most reef habitats. Juveniles can sometimes be seen in large numbers swimming around over big Finger Coral colonies as illustrated in my last post. Their lovely vibrant red colour brightens up every diving or snorkeling trip.