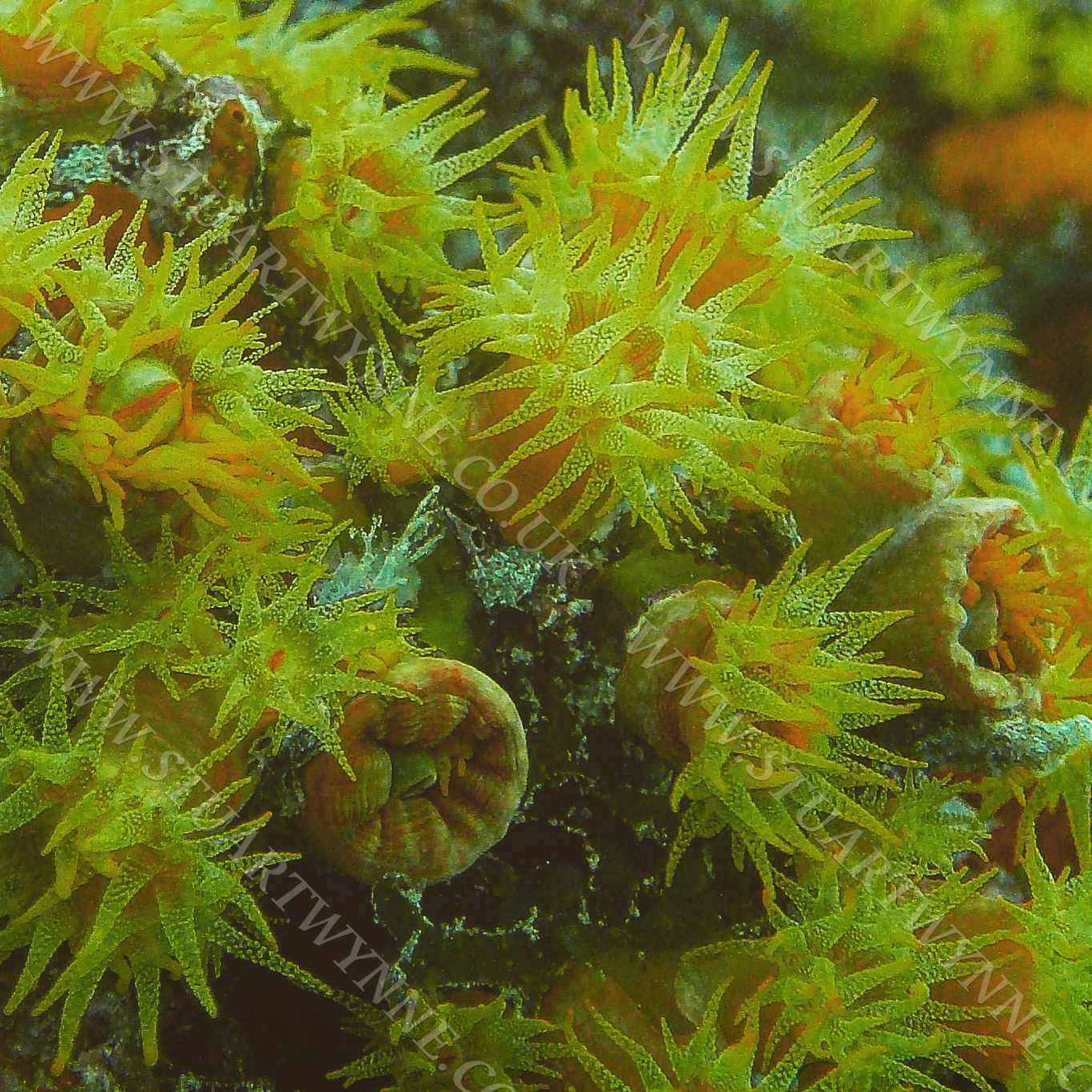 Considered the only introduced coral species to the Caribbean region, first recorded here in 1943. Since its initial sighting in Puerto Rico it has spread across the region with a dispersal that follows typical current patterns, and only reaching the Gulf of Mexico in 1999. It is thought to have arrived in the Caribbean by hitching a lift on a ships hull in transit from the eastern Pacific or tropical Indo-Pacific where the species is common. In Anguilla Orange Cup Coral is abundant in some areas, especially the ship wrecks used as dive sites. Although it can be prolific it is not considered invasive as it seems to prefer shaded areas and under over hangs where other coral species are not so keen. Close up it is beautiful too, so all in all probably one of the most welcome interlopers to the region.

Originally posted on Instagram @sea_anguilla with the text: Orange Cup Coral encrusting one of the ship wrecks found on Anguillas north coast. With seven purposefully sunk wrecks in local waters Anguilla is one of the best places in the Caribbean for this type of diving. Top of the list here is the wreck of the MV Sarah which is the largest of all and still almost entirely intact. Perfect for seeing schools of pelagic fish species, large lobsters and good sized reef sharks.