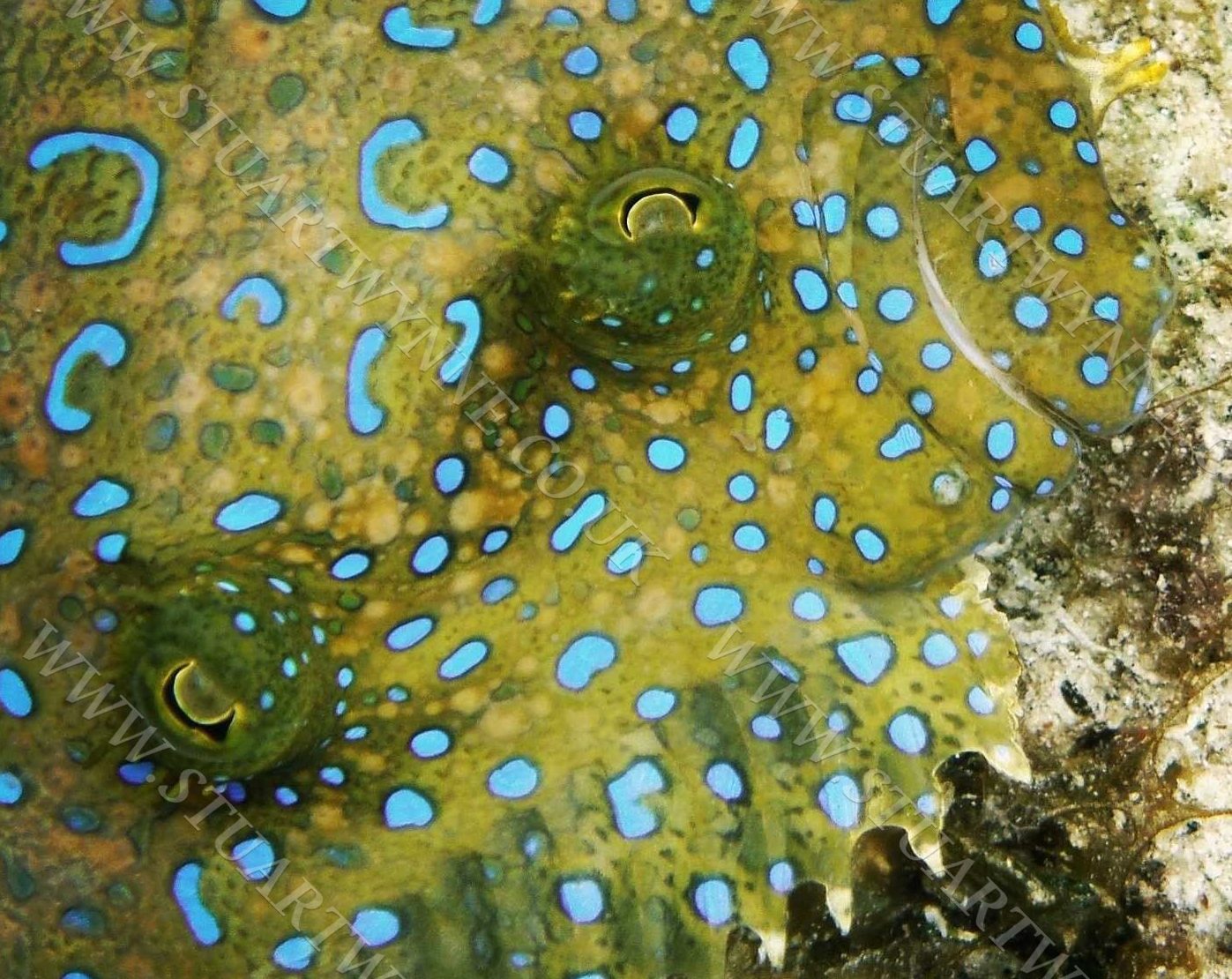 Usually perfectly camouflaged, the Peacock Flounder lays motionless on the seafloor, hoping to remain undiscovered. Despite this, it can display incredibly vivid blue colourations as seen here, with the ability to change rapidly: one study timed the transition as accomplished in eight seconds! As with all flounders, its body has been flattened laterally, which combined with their rotated face and eyes raised up on short thick stalks, makes them one of the most interesting looking fish in the entire Caribbean. They should be ugly, and yet somehow they are amazingly beautiful and fascinating. It just goes to show you don’t have to be classically beautiful to be a head turner.

This species (Bothus lunatus) is found throughout the tropical western Atlantic, from Florida the Bahamas and Bermuda, to Brazil. Interestingly though it is absent from the Gulf of Mexico. A species with the same common name (B. mancus) is also found in the Indo-Pacific region.

Originally posted on Instagram @sea_anguilla with the text: Peacock Flounder having a doze on a rocky patch reef in Shoal Bay East. These flat fish can at times be almost invisible as their colorations change to blend in with the back ground. They are frequently seen in shallow sandy areas such as Meads Bay, Maundays Bay, and Rendezvous Bay.