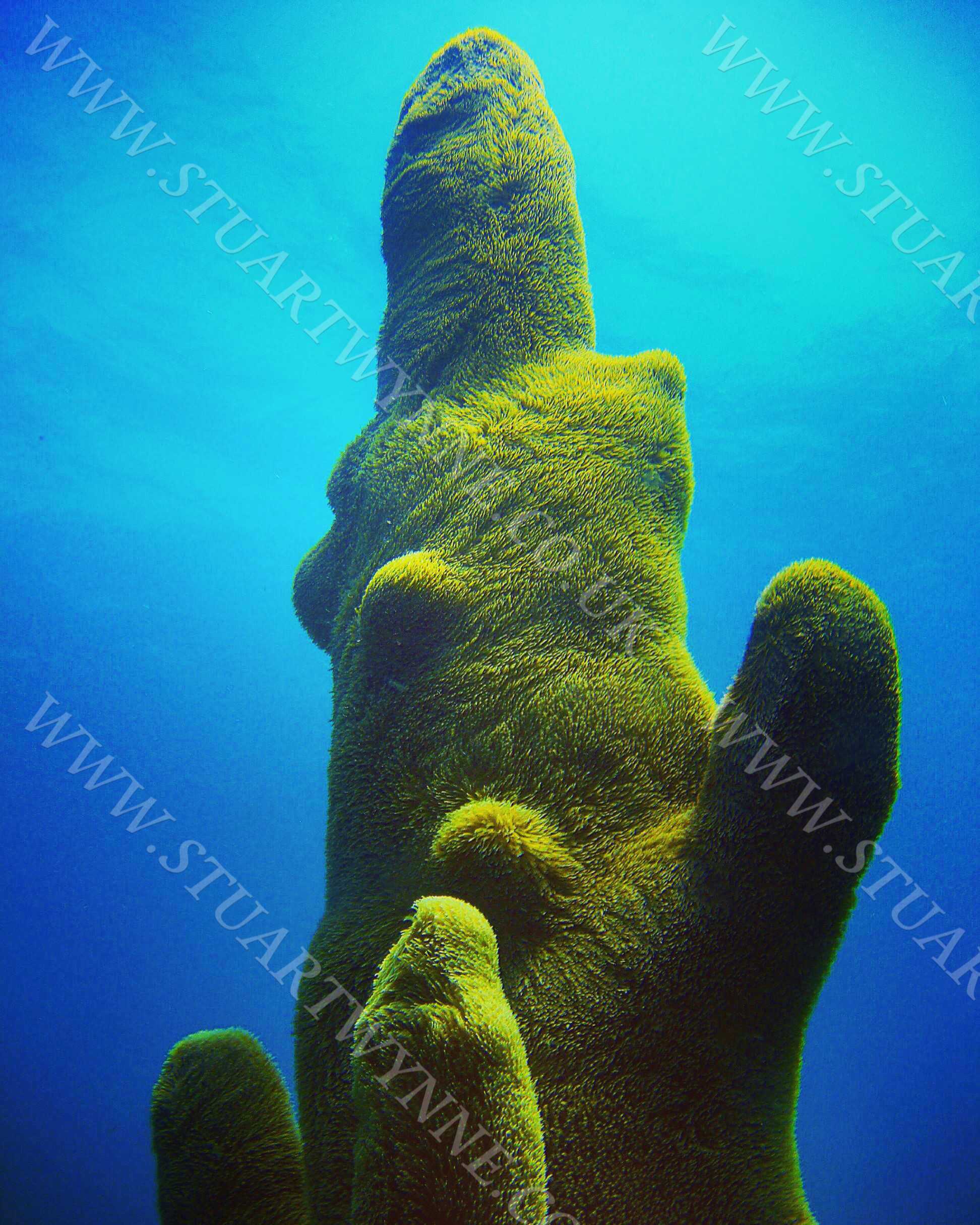 Responsible for probably one of the most impressive coral formations you are likely to see while diving, Pillar Coral (Dendrogyra cylindrus), as its common name suggests, can from impressive pillars if given time and the right conditions. Pretty impressive structures considering the tiny little polyps that are responsible for building it! The example pictured here can be found in Limestone Bay (Anguilla), and is a rare jewel to find during these troubled Caribbean coral reef times…..see here for a short synopsis of this depressing story, and for those really interested, download this related publication I wrote if you would like further information > Observational Evidence of Regional Eutrophication (249 downloads) .

Although close to the Limestone Bay dive site, this colony is far enough away in the wrong direction that most divers probably don’t know it exists…..and as it is just far enough below the surface most boat owners probably don’t either. As you can see from the photograph, it is only a matter of time before it grows tall enough that it comes into reach of the draft of a passing mega yacht and gets its top knocked off, damaging it for ever. That will be a sad day, but happily it hasn’t happened yet. Other Pillar Coral examples can be found all around the island, but most are small and yet to reach such impressive proportions. With the way things are going they probably won’t get the chance either until things change. We can but hope!

More can be found about the sad story of the decline of Caribbean Coral here. You can also download a report I wrote on the subject, based on ten years of marine monitoring in Anguilla > AMMP Temporal Trends 2007-2016 (252 downloads)

Originally posted on Instagram @sea_anguilla with the text: Giant Pillar Coral reaching for the sky at Limestone Bay. This three meter tall somewhat phallic colony is the largest example of the species in Anguilla. The polyps have long tentacles that are almost permanently extended, giving the surface a soft carpet-like appearance. A very impressive structure to see underwater when diving, with numerous fish darting about and lots of other marine life to check out.