Purplemouth Moray in a Bottle 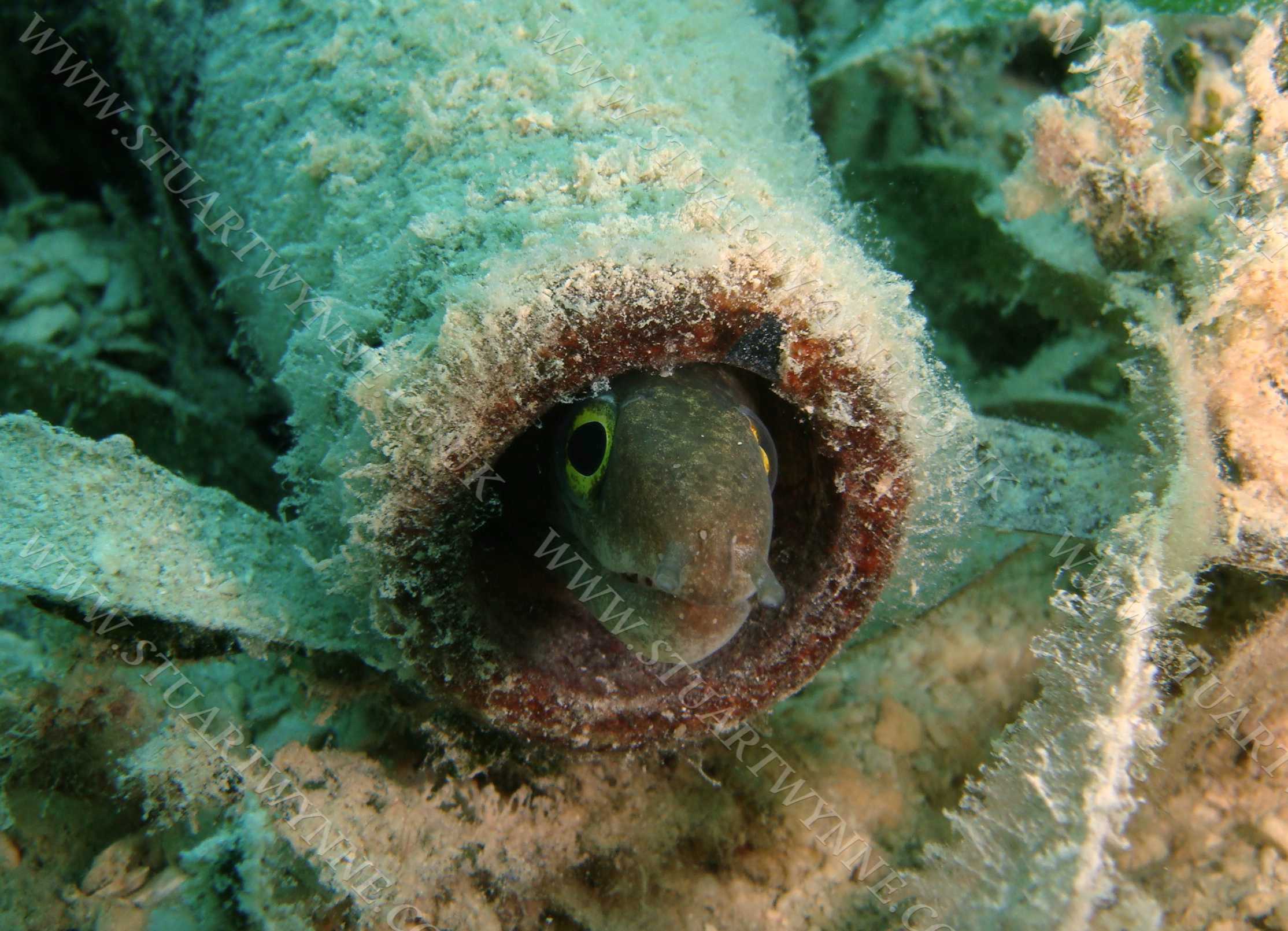 This Purplemouth Moray Eel in a bottle goes to show that nothing goes to waste in nature, not even human garbage. That’s no reason to justify mindless littering, but it is comforting to know that even irresponsible behaviour gets made use of. Seriously though, marine debris is a serious issue, with reportedly huge amounts building up in ocean gyres. A terrible state of affairs, so please do your bit and take home with you all of your detritus, and better still, try and challenge yourself to bring back more than you took, thus having a negative garbage footprint.

This species of moray eel (Gymnothorax vicinus) is one of the most common to see in Anguillian waters, hiding under rock crevices or between coral heads. One of the best information pages online that I have found states that “these animals are wrongly considered violent towards humans”, and while I would agree with this to a certain extent, I suspect that this species was the one responsible for a very nasty bite I received while collecting terracotta coral settlement tiles. Yes, may fault, I stupidly wasn’t wearing gloves, but I certainly wasn’t acting in a threatening manner when in a flash a small moray darted out of its hole and tried to make off with my finger. It must have thought it was a small fish, rather than a threat. I good lesson learnt!

Originally posted on instagram @sea_anguilla with the text: Purplemouth Moray peering from an empty beer bottle in Road Bay, Sandy Ground. At least some peoples junk gets put to good use, but better still if they put it in a trash can to help keep the environment pristine