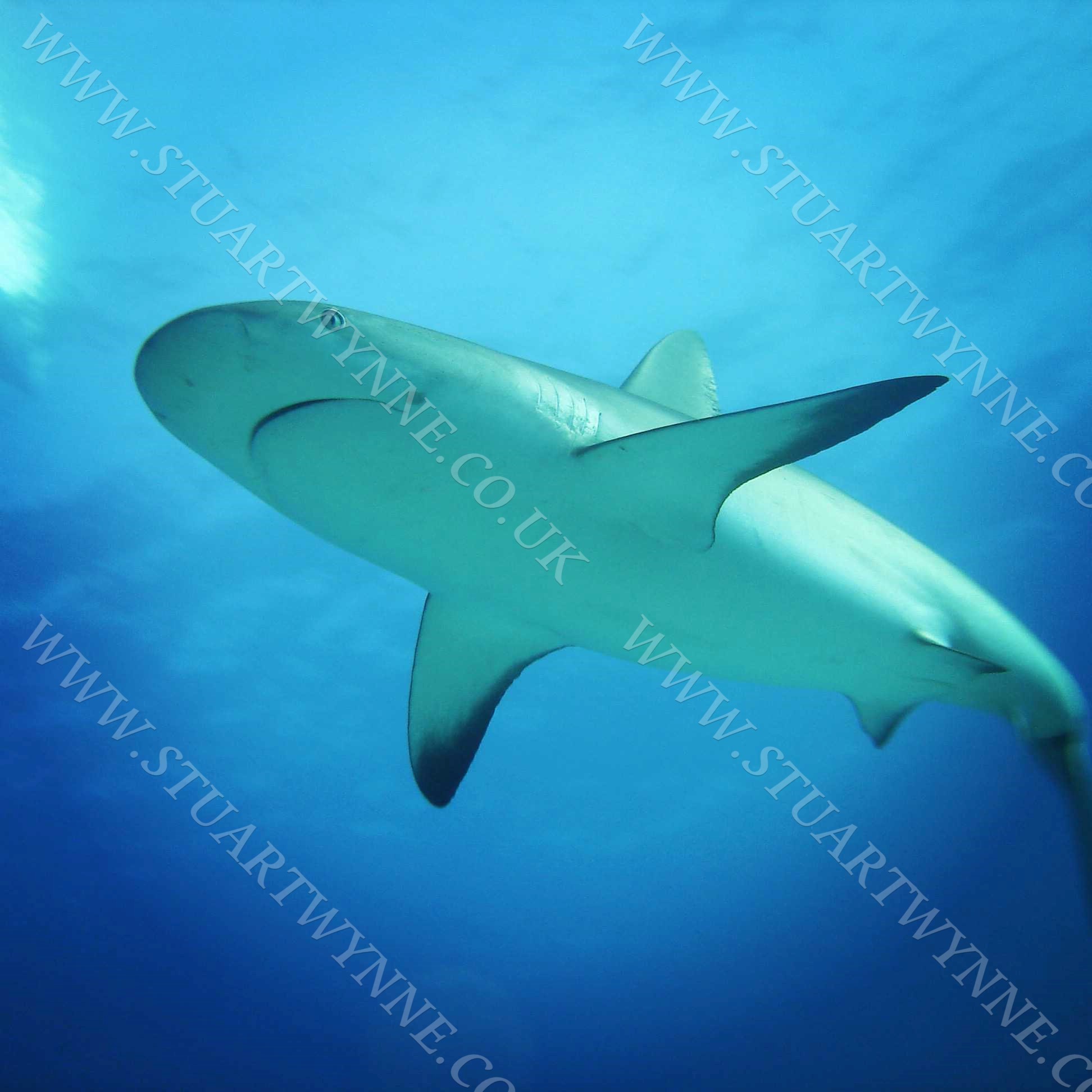 Despite their reputation most of the sharks you are likely to encounter in the Caribbean are relatively shy and keep their distance. This particular individual (Caribbean Reef Shark) was photographed in the Bahamas during a controversial shark dive where the water is chummed to attract them. This controversy is due to the sharks developing a dependence on this artificial supply of food and the behavioural changes it can induce. If for some reason diving is stopped and their populations have been artificially boosted by a surplus of food, the surrounding habitat may not be able to support them, or they may not even be able to effectively hunt if their entire life has been sustained with chum. It also potentially gives them an association between divers and food, which is not really what many underwater visitors are after. However, such activities can inspire people and instill respect for these usually enigmatic species, and so providing feeding is properly regulated it can actually have great benefit for overall worldwide shark conservation efforts.

Originally posted on Instagram @sea_anguilla with the text: The Reef Shark: Such a misunderstood creature. Gentle and peaceful, doing its thing. It’s a pleasure to be blessed with the chance to see one of these entities as they are becoming rare. Dive the wrecks of Anguilla and you may be lucky. Or fortunate.