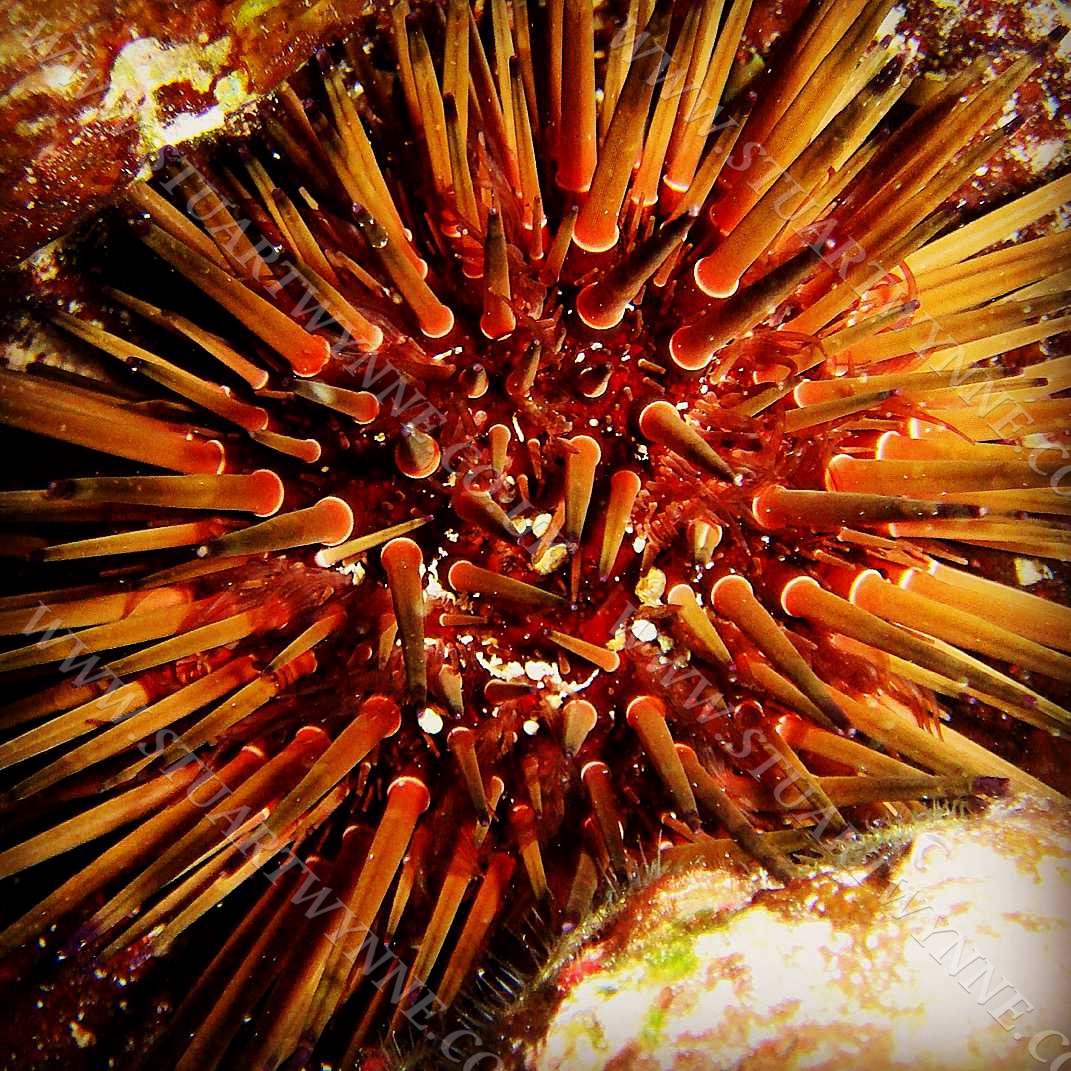 With Christmas upon us I thought this red Reef Urchin would add a slightly festive feel. This particular species of urchin is not very commonly seen in Anguilla, although during the day it does spend much of its time hiding in reef recesses. At night it comes out to feed on algae, although its paucity means that it is not a significant contributor to grazing and the reduction of algae cover on reef areas. Its close cousin, the Long-Spined Sea Urchin, takes the prize for this that is thankfully recovering after a mass mortality event in the 1980’s. More on that during a later post…..

As for the Reef Urchin, it plays a much more low key role in its chosen habitat. It does however still graze algae, and is considered an important herbivore in its own right. Like other urchins it is preyed upon by Queen Triggerfish, the Hogfish, and some of the larger porgy species. Contrary to the Wikipedia article on this species however, it is definitely found east of the Virgin Islands, as the pictured specimen was photographed between two rock in Shoal Bay East, Anguilla.

Orginally posted on Instagram @sea_anguilla with the text: Reef Urchin buried deep in a rock crevice at Shoal Bay East. Spikes and colour, these guys have it all.