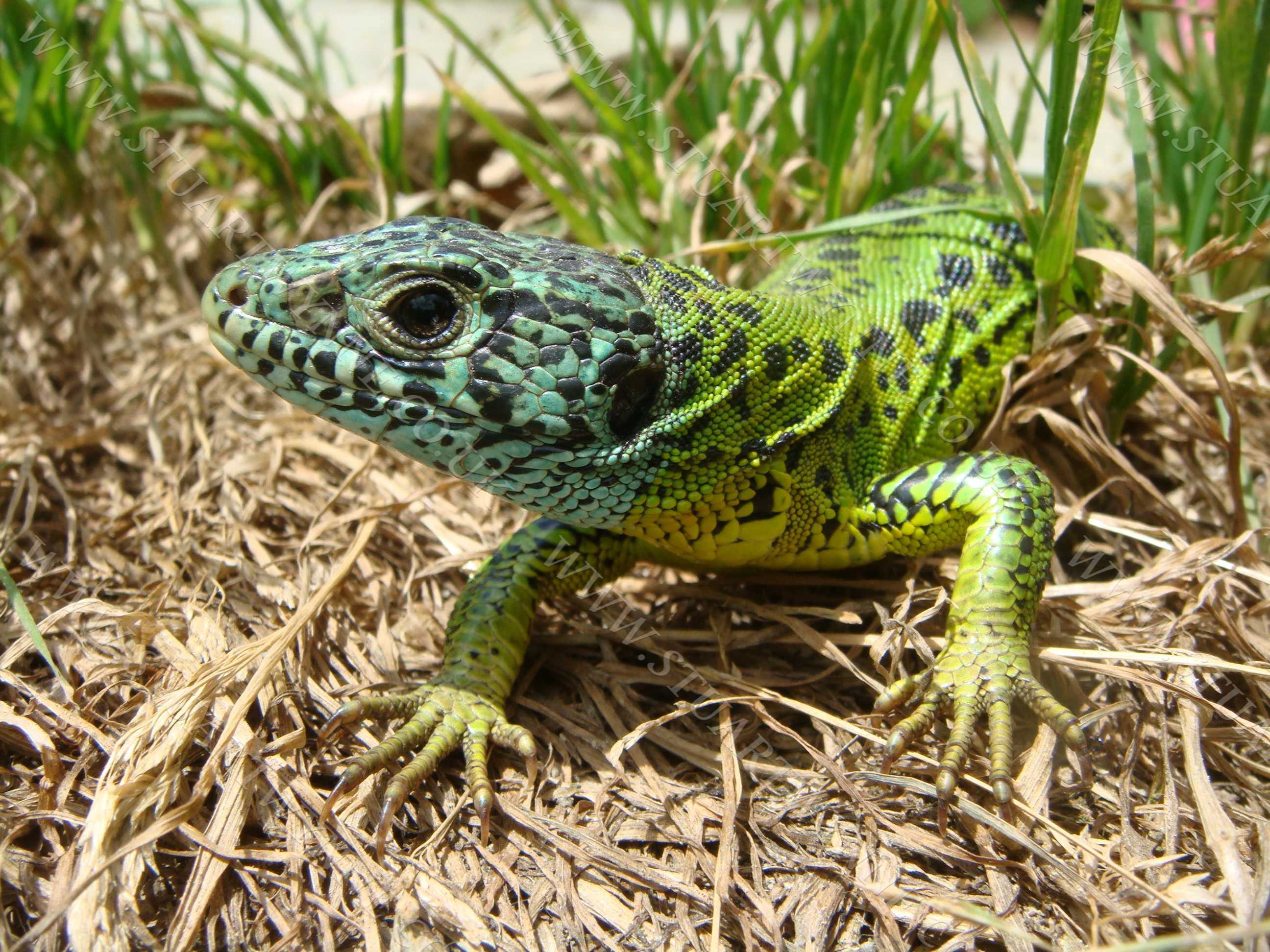 During our four to five years in Galicia renovating a small farmhouse this was the only example of a Schreiber’s Green Lizard that we encountered. I am more of an underwater nerd, but terrestrial species and landscapes still interest me immensely and are a great learning experience. Having photographed this species I immediately ran upstairs to google it and found out that it is actually endemic to Northwestern coastal Spain and Portugal and considered near threatened by the IUCN red list. Here is what I found out:

Schreiber’s green lizard inhabits areas of open, rocky shrubland, as well as woodland edges and mountain river valleys. It also occurs along river banks and close to fences in pastures, tending to favour areas with high humidity and south-facing slopes. Compared with other Iberian lizards, Schreiber’s green lizard prefers areas with high precipitation and fewer hours of sunlight. It can be found up to elevations of 2,100 metres above sea level.

In the north-western parts of its range, Schreiber’s green lizard inhabits areas of deciduous, mixed and pine woodland, where its distribution is less restricted than southern and central mountain-dwelling populations, which are heavily reliant on the streams within the habitat.