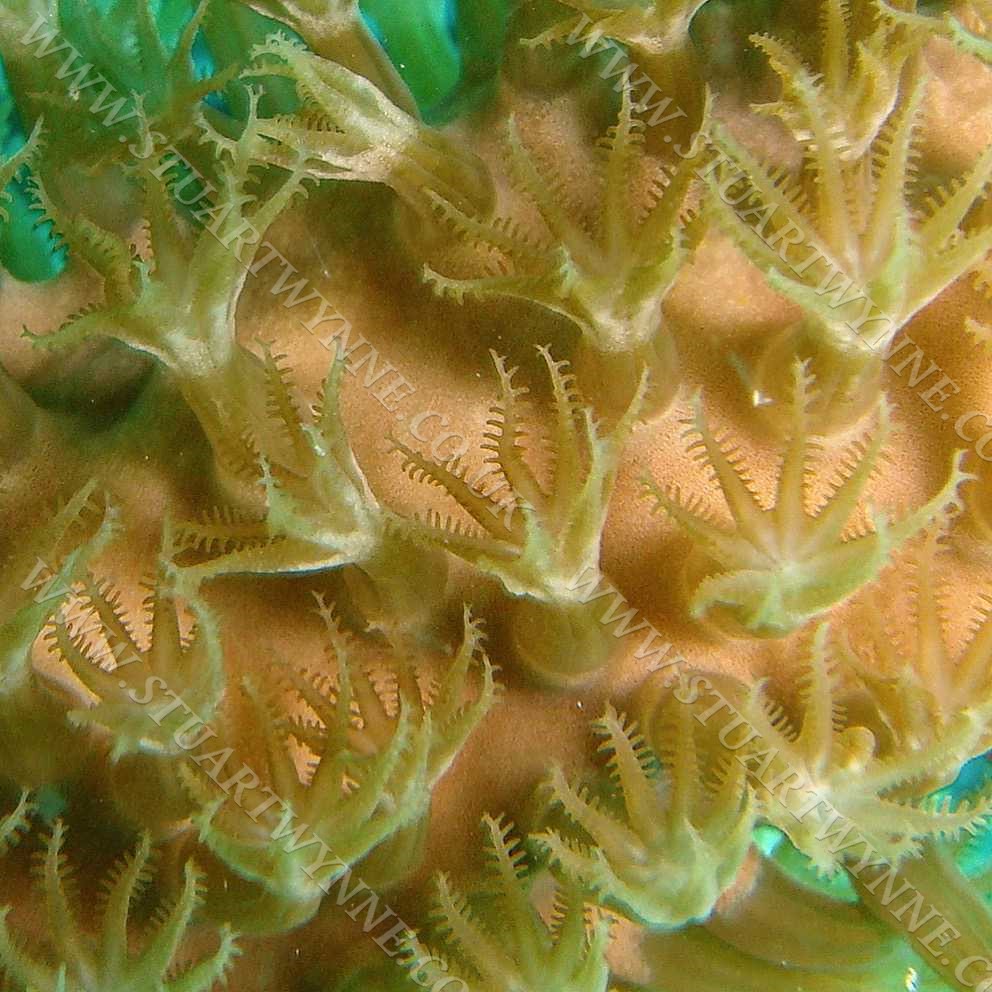 Polyp detail of Slit Pore Sea Rod, one of the numerous ‘soft coral’ species found in Anguilla. The detail of the undersea world never ceases to amaze me, and it is detail that can be so easy to overlook if not paying attention. The sea rods are a type of gorgonian, and can be found in great numbers on certain reefs around Anguilla such as those found offshore from Shoal Bay East, Limestone Bay and Sandy Island. Being soft corals, they do not contribute to the building of the reef itself, but do add to the biodiversity and play an important role as potential habitat or food items for species such as the carnivorous fire worms. oft corals such as this Slit Pore Sea Rod more often extend their polyps at night to filter feed, but this species also oftentimes has them obligingly displayed during daylight hours, perfect for the underwater macro photographer. Thanks Slit Pore Sea Rod!

Out of interest for nerds out there, most species of Slit Pore Sea Rod (Plexaurella spp.) are so similar to one another that they cannot be easily distinguished visually. This is with the exception of the Giant Slit Pore Sea Rod (Pelxaurella nutans) which is that pictured here. Its large size can be a give away in older specimens, but in general it has sparse dichotomous branches with slightly enlarged tips.

Originally posted on Instagram @sea_anguilla with the text: Macro of Slit Pore Sea Rod showing fully extended polyps searching for food particles on ocean currents. These soft corals are especially common along the north coast of Anguilla in places such as Shoal Bay East and Limestone Bay, where they can form dense forests that sway beautifully in incoming swells.