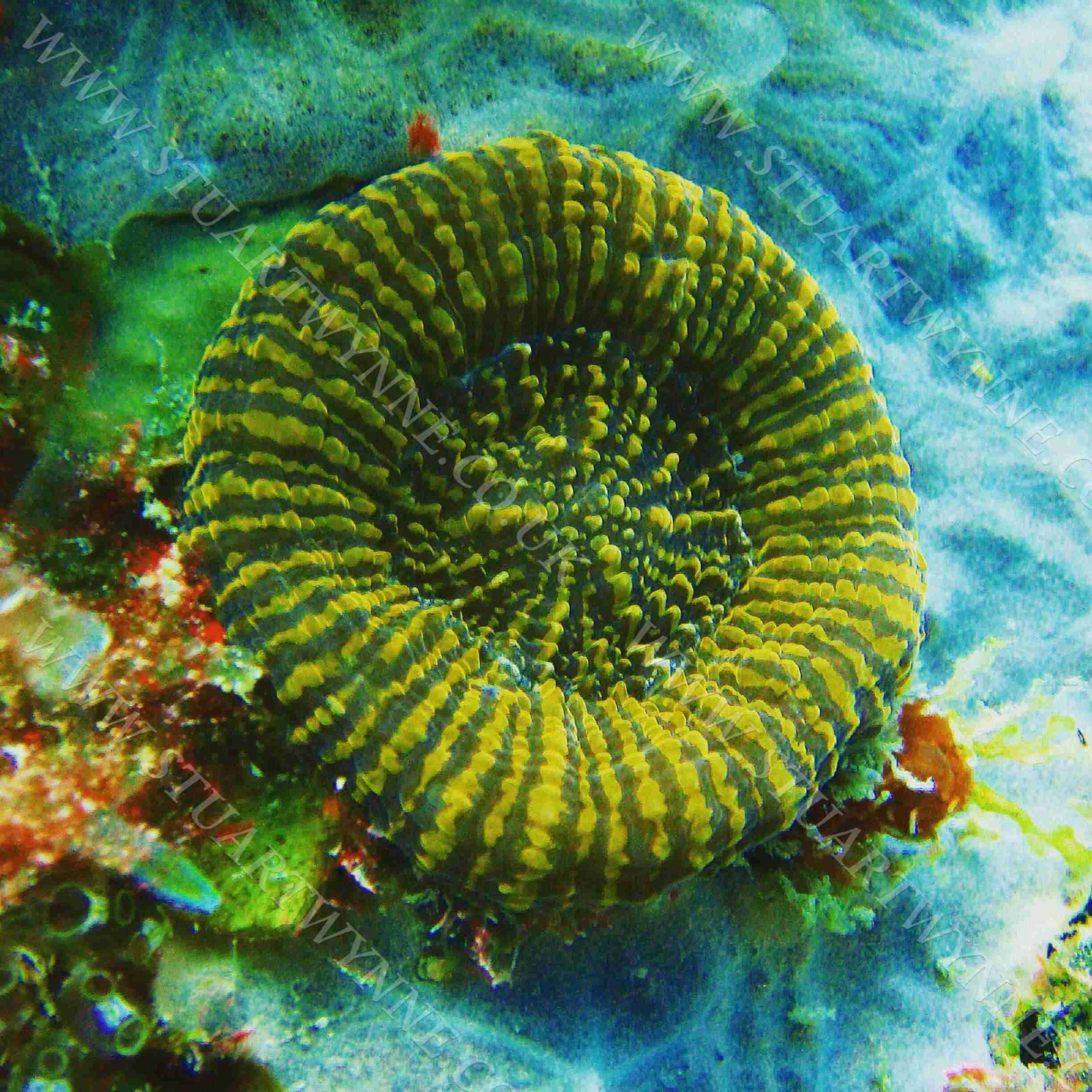 The Solitary Disc Coral (Scolymia wellsi) differs from the majority of other stony corals as it does not form colonies of polyps, instead living an independent existence, free from all the ties of colony life. In terms of polyp size, it is a pretty big one, and can reach up to four inches in diameter….large enough to seek out freedom from the masses one supposes? Whether it is happy living this alternative lifestyle we will never know, but one thing is certain, it believes in individual self expression also, as its colourations can vary greatly. Not just wanting its independence, it also wants to stand out in the crowd, and can be found in hues of green to grey to brown to tan to almost blue. Quite the alternative thinker really…..or maybe not? Unfortunately for the Solitary Disc Coral, another species known as the Artichoke Coral (Scolymia cubensis) has similar intentions, and it can be almost impossible to distinguish between the two – needing magnified examination of the corals septa to tell which is which. Oh well, the lesson for the Solitary Disc Coral is, despite how much we try and how much we think we are individual and unique in our thoughts and behaviours, that unfortunately we are not. The best of intentions though.

Originally posted on Instagram @sea_anguilla with the text: Solitary Disc Coral with White Encrusting Star Sponge, growing on the wreck of the Lady Vie. Anguilla has seven official wreck dive sites, making it one of the top wreck diving destinations in the Lesser Antilles. They are an amazing to visit, with huge schools of fish, massive lobsters, and small reef sharks. Excitingly, more wrecks are still to be discovered as new technologies open up the depths for adventuring.