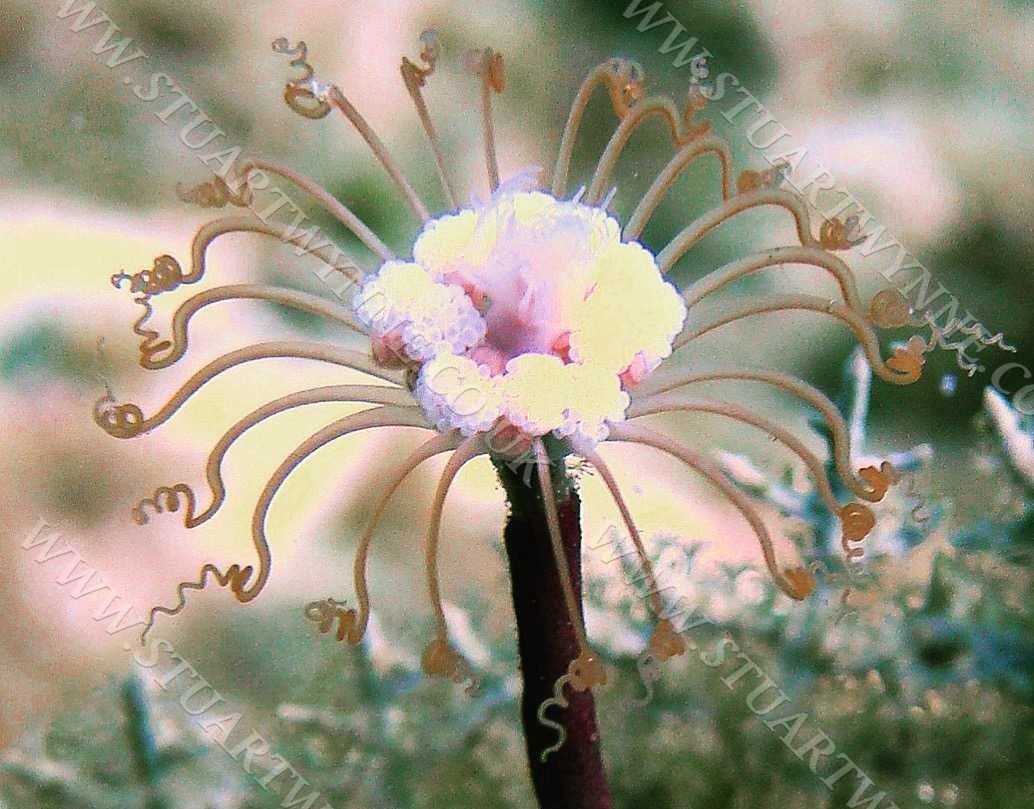 I have to say that the Solitary Gorgonian Hydroid is one of the most bizarre creatures that I have encountered on Anguilla’s reefs. They start out life looking like tumors on the main branches of gorgonians, with the tube they live in slowly elongating as they grow. This ‘tube’ interestingly looks identical to the gorgonian skeletal material with the hydroid presumably stimulating its growth. As can be seen in the pictured specimen, the top of the hydroid extends from this tube with over twenty tentacles with curly ends. It is also interesting that this species is not particularly common in Anguillian waters, but when one is seen growing the same gorgonian often has others in residence also suggesting an infectious nature. Despite this, they are beautiful in close-up resembling a blooming flower with multiple stigma and stamen. As they don’t seem detrimental to their host, I guess they could could be viewed as soft coral bling.

Originally posted on Instagram @sea_anguilla with the text: Solitary Gorgonian Hydroid growing parasitically from a sea fan on the reef at Shoal Bay East. These are the largest hydroids found in Anguilla and by far the strangest. Although most species grow on other organisms in a parasitic way none seem to be able to influence the growth of the host in the way this one does. It literally looks like a mutated alien polyp trying to take over the world.