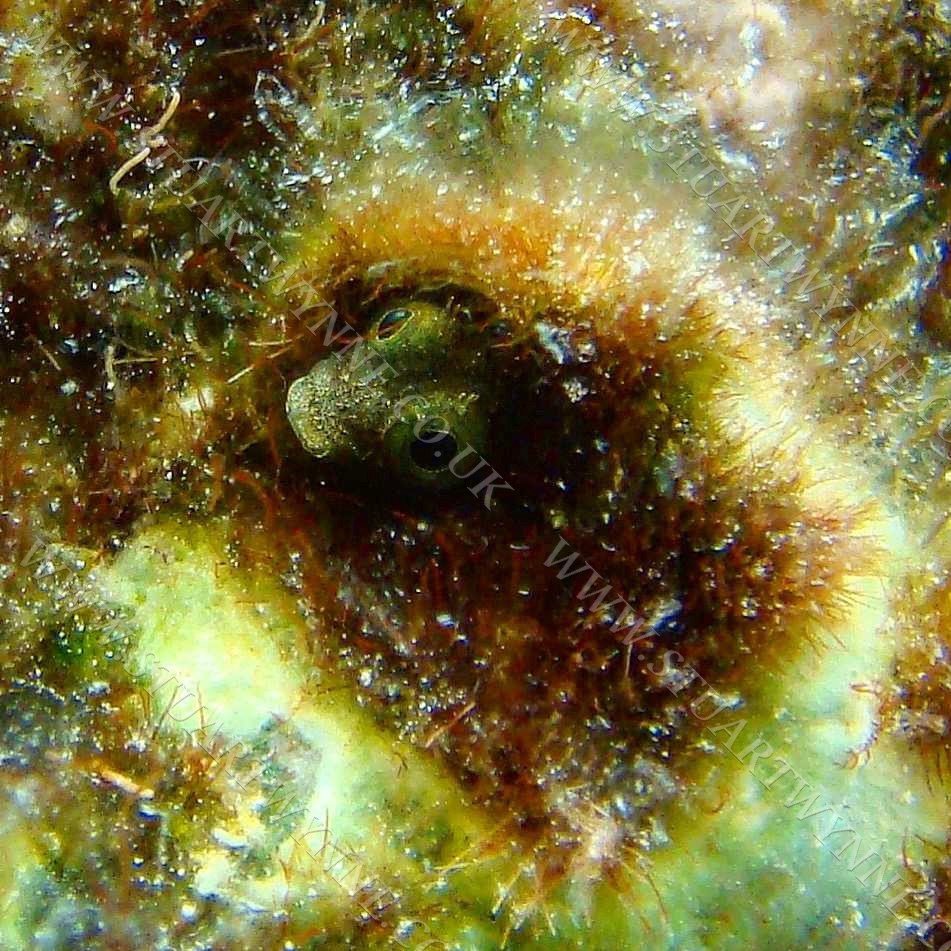 The Spinyhead Blenny (Acanthemblemaria spinosa) is so tiny and cryptic that most underwater visitors probably don’t see it spying on them as they swim past. They spend most of their time hiding in small worm holes bored into coral colonies or rock, and as in the pictured example, these rocks are often covered with turf algae making the little face peering out even harder to see. Their yellow goggle eyes look around as they remain motionless, occasionally darting out from their burrow to grab suspended food particles. The small hair-like growths on their head are cirri which, as sense organs, detect passing morsels and may also alert the fish of danger…..however, the Spinyhead Blenny usually allows a close approach to be made, and only retreats further into their hidey-hole if a curious finger gets a little too close. They are obviously pretty confident in their camouflage ability, and know that their thick rock house is a pretty safe place to be.

Originally posted on Instagram @sea_anguilla with the text: One of the cutest little fish you are likely to see while diving. This tiny Blenny lives in small rock burrows, reaching out from time to time to nibble on passing plankton. These guys are very easy to overlook, and just goes to show how much detail there is to see under the surface if you look closely.