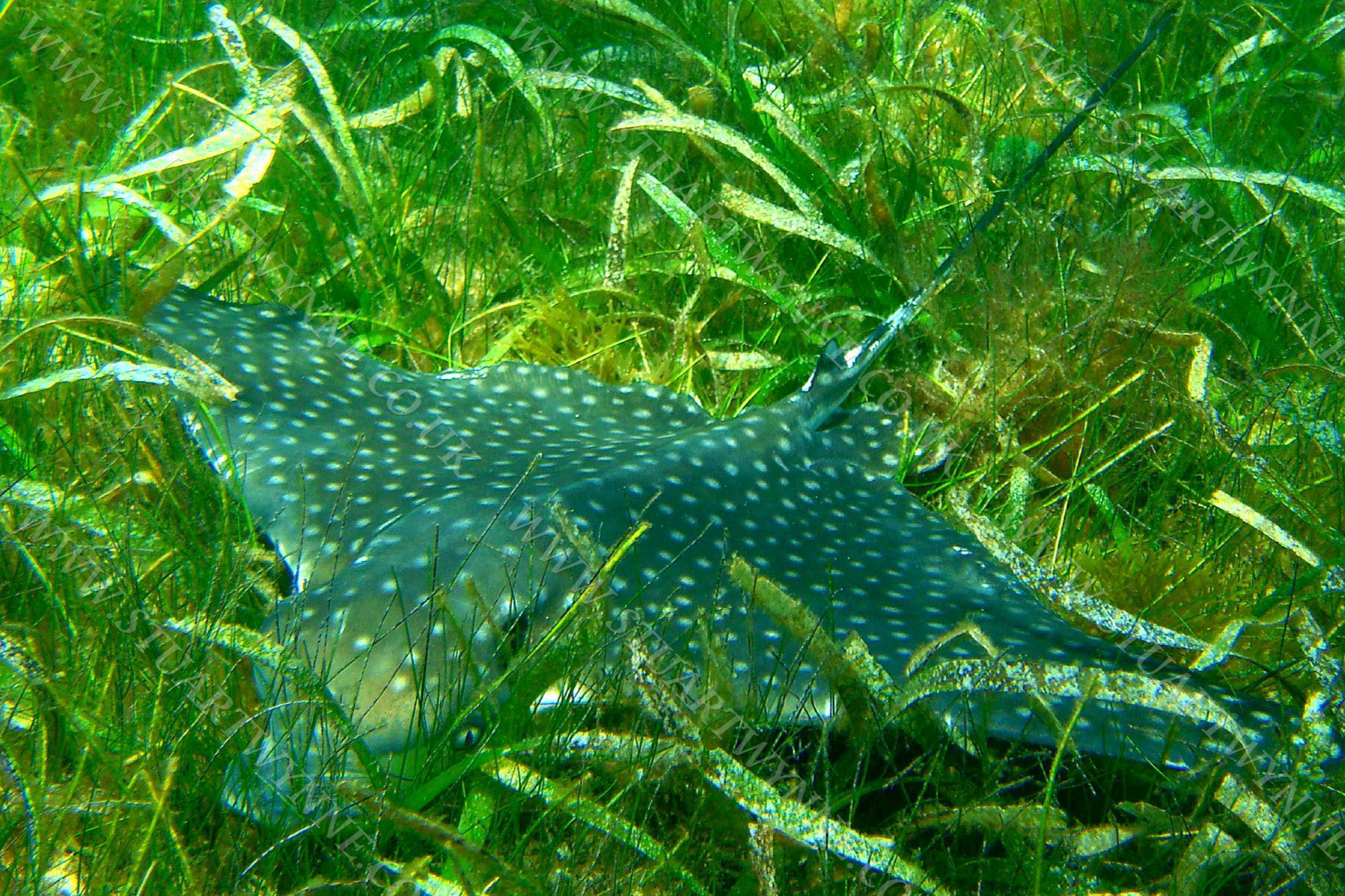 One of the most enigmatic species that can be encountered when diving in the Caribbean, the Spotted Eagle Ray (Aetobatus narinari) glides around in the water seemingly without a care in the world. It can grow to over two meters in size (wing-tip to wing-tip) and is covered in a beautiful pattern of white spots. When it decides to take a break from its excursions around the reef or seagrass beds it may sit on the bottom (as in the featured image) for extended periods while the rest of the world goes by around it. The Spotted Eagle Ray may also hover around sandy areas where it likes to dig for molluscs to eat, and if you are very lucky can be seen swimming in schools….that is quite a sight indeed! More often though, when not alone, it will find a friend to hang out with and swim around in a pair……seemingly enjoying the sights together and no doubt chatting to each other about what all the nearby reef creatures are up to and discussing life, the universe and everything. Well, maybe not, but when diving in the silence that is the underwater world, ones imagination can go wild!!

Originally posted on Instagram @sea_anguilla with the text: Spotted Eagle Ray taking a snooze in a seagrass bed close to Island Harbour. It is quite rare to see these fish resting in this way as they are usually gracefully gliding over their preferred habitat or rummaging around in the sand for food. Probably my favorite sighting while snorkeling or diving in Anguilla, especially when seen in groups of two or three.