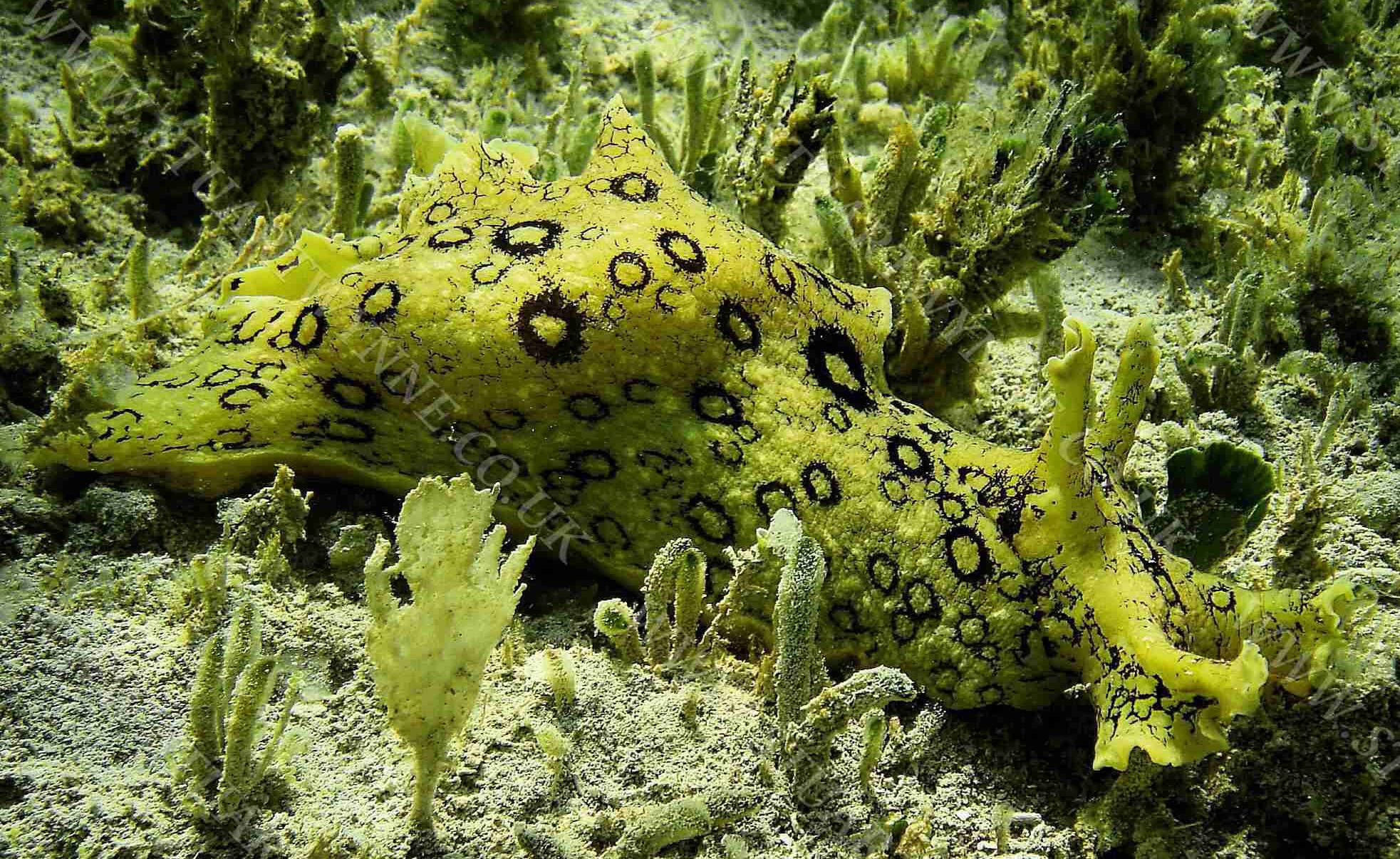 One of the more elegant members of the underwater shell-less snails, the spotted sea hare can be light brown to green in colour and inhabits seagrass beds and algal flats, especially those with scattered rocks present. Here they graze on the foliage, and if disturbed can discharge a squirt of harmless purple liquid somewhat reminiscent of squid ink. Interestingly, the spotted sea hare can swim as well as crawl, which it accomplishes by folding its lateral fleshy protrusions (known as the parapodium) to form a tube-like funnel, which it can use to pull in and push out water as a kind of primitive jet propulsion system. Cool.

For the nerds out there, including myself, it is also interesting to note that this species (Aplysia dactylomela) is found in almost all tropical and temperate regions, including the Mediterranean Sea where. It was first reported there in 2002, having likely been able to establish due to increasing temperatures. However, based on new genetic evidence, the population found in the Indopacific region is now considered a different species (A. argus).

Originally posted on instagram @sea_anguilla with the text: Spotted Sea Hare grazing through the algal flats in Road Bay. These interesting little creatures discharge a purple fluid if poked. Harmless, but an indication that they would rather be left alone.