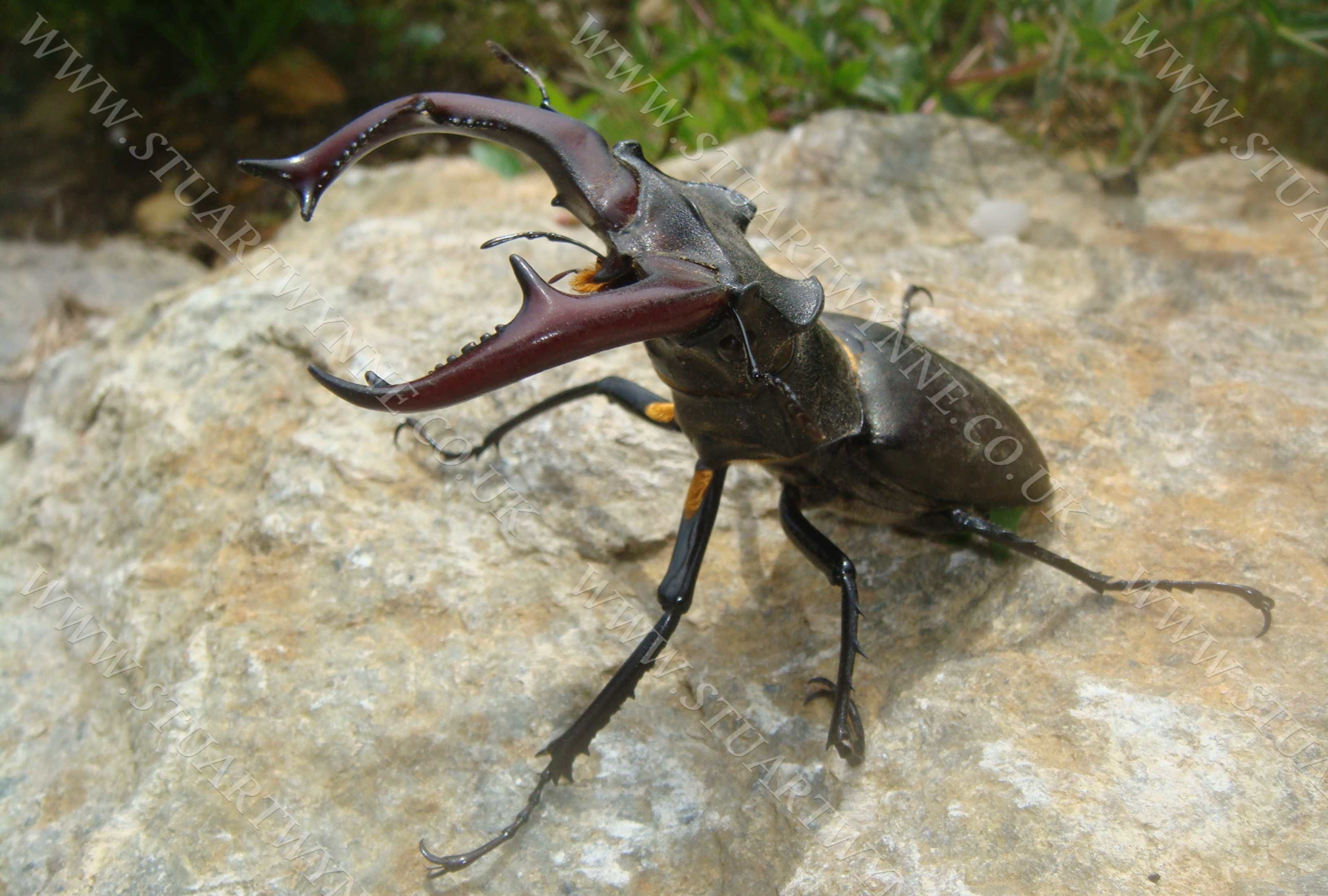 The Stag Beetle has to be the most impressive of all European beatles, the male of which is pictured here with its impressive head gear. Finding this one guarding a rock in our garden in Galicia, Spain, was quite an event for our little Dachshund, who couldn’t stop barking at it, the kind of curious ‘what is it?’ bark. I have seen a Stag Beetle once before in Reading, England, where they are protected, but not in the numbers seen the other spring/summer in Galicia. They add to the impressive array of insects found in the region, from mantis, to stick insects and beautifully bright metallic ground beetles. An entomologists dream!

Interesting fact: Females burrow up to 30 cm underground to lay their eggs, which they do near piles of rotting wood for their larvae to feed on. The larvae live under ground for five or six years consuming this dead plant material, until they pupate and become adults. As adults they live for only a few months, with their diet changing to fruit juices and tree sap, but they need to watch out: The juicy abdomens of a fully fed stag beetle adult is the favourite food of Magpies, who love to eat this part of the insect, leaving the rest of the insect alive and wandering around for days before eventually dying. Not nice!