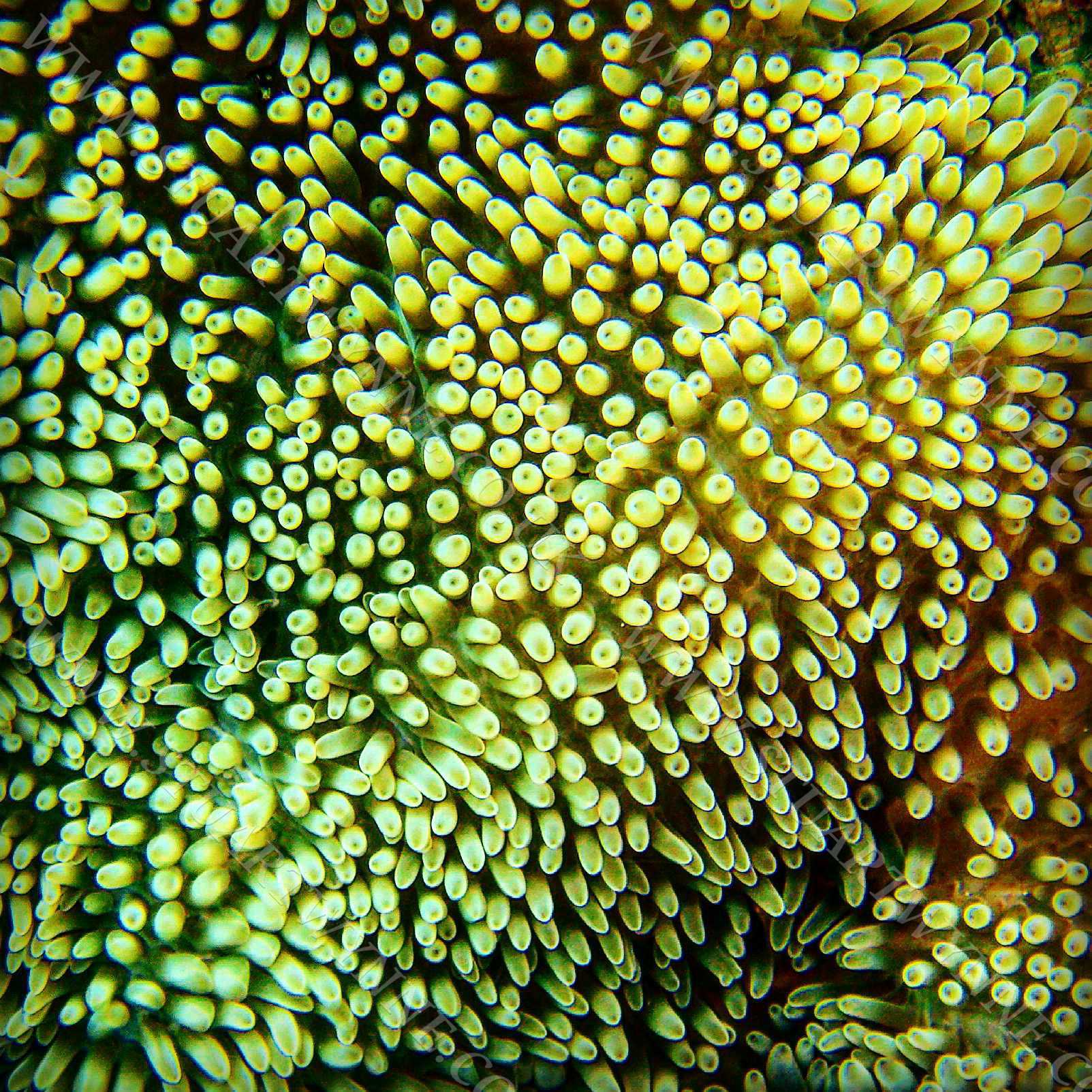 The Sun Anemone (Stichodactyla helianthus) is a little different from most other anemones as it has really short stubby tentacles, and can grow together in what might almost be classed as colonies, forming large mats that can cover fairly big areas. Of course they are not colonies like the corals are as they are entirely independent from one another, but it does give an idea of how coral colonies may have come about way back when.

As a slight digression, this Sun Anemone photographed has been used a fun digital print by Reef Creature Clothing, who have applied a variety of digital filters to it and then used it as a design print for many of their active wear products. Cool!

Originally posted on Instagram @sea_anguilla with the text: Closeup of a Sun Anemones undulating surface. These close relatives of corals filter feed while their tentacles waft around in the current. In some areas they can be strangely abundant, forming large mats encrusting the rocks, whereas in other areas they will be completely absent.