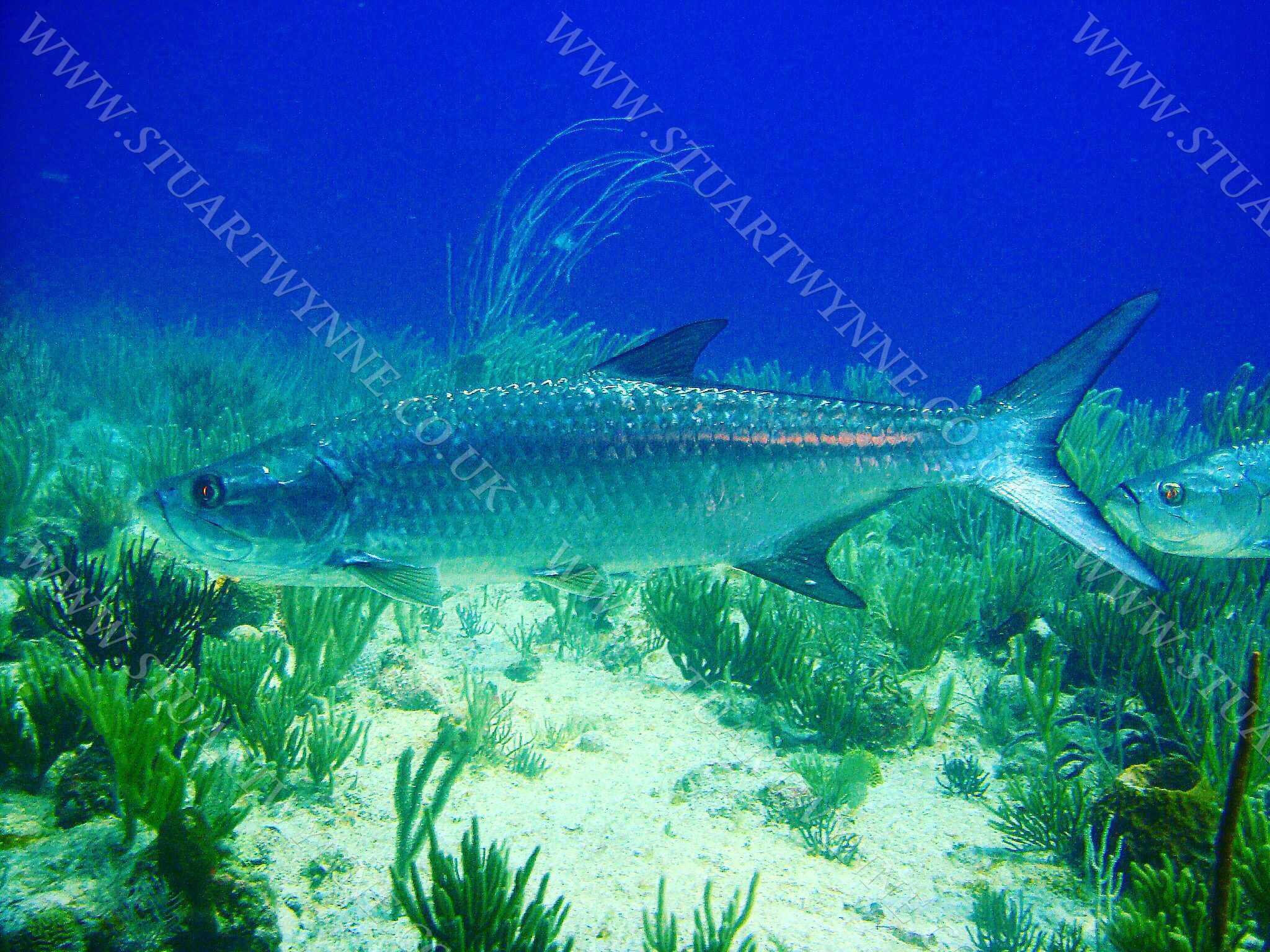 Aside from a Reef Shark and maybe a Goliath Grouper, Tarpon are probably the biggest fish you are likely to see on a Caribbean Reef while diving. Saying that, I am reminded of visiting Fort Lauderdale a number of years ago and seeing what I thought were shark fins breaking the inland water ways, and I later found out they were Tarpons….and they were huge!! Back to the Caribbean where this image was taken (Anguilla to be precise), Tarpon (Megalops atlanticus) usually hang around in small groups, loitering almost motionless a few feet over the reefs surface. They don’t seem phased by divers (unless you get too close and they will move slowly off), and don’t really seem to be doing much of anything. So much so it is quite hard to imagine them trying to catch food, although maybe this is a throw-back from their early juvenile stage when they absorbed nutrients directly from the water! In actual fact this behaviour turns out to be because, like many fish, Tarpon are active nocturnally, swallowing fish whole at night while they hunt. Vicious!!

Tarpon are hunted as sports fish, and artisanally for food. In Anguilla Tarpon are known as Bass and fished by hook-and-line. When caught they are cut up into chunky steaks and often cooked on BBQs. Interestingly, Tarpon scales are very large and of such size and thickness that in the past they have been used as guitar plectrums, being found scattered around areas in large numbers where they were landed by fishers. Very resourceful!

A great article on Tarpons can be found on the Florida Museums website here.

Originally posted on Instagram @sea_anguilla with the text: Tarpon cruising the reefs close to Anguillita. These large fish often hang around in groups in areas associated with mixing currents where they browse for food. Often seen off Flat Cap Point with sun beams sparkling off their large silver scales, this species is a wonderful sight for the adventurous snorkeler.