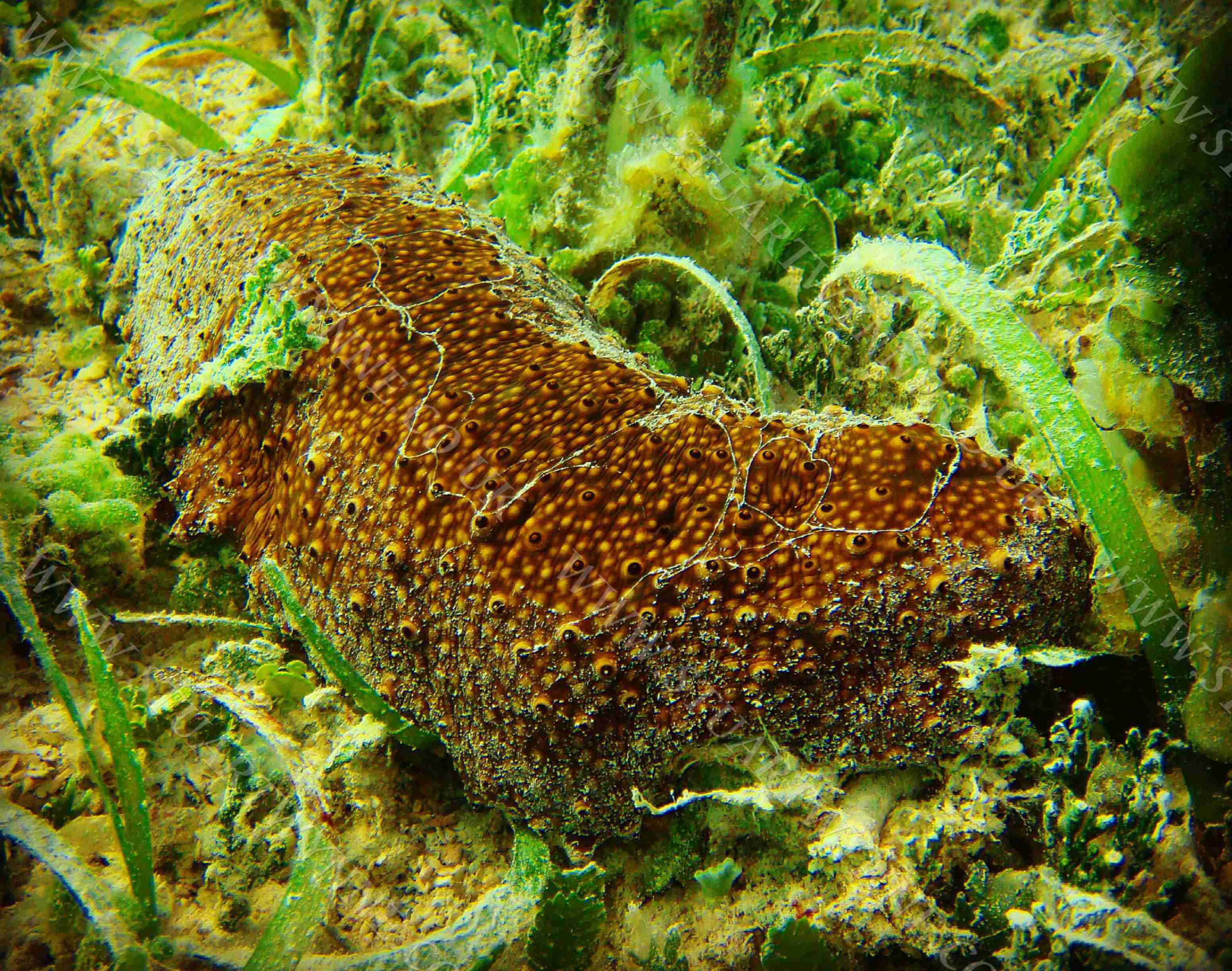 Oddly enough, sea cucumbers are close relatives of the sea urchins, belonging to same Phylum (Echinoderms), all members of which share some interesting features, including a hard internal skeleton composed of calcareous plates called ossicles, and five way symmetry. These two particular features are quite hard to spot in the sea cucumbers (compared to, for example, sea stars and sea urchins), as the ossicles are fragmented and buried in their thick leathery skin, and their symmetry isn’t obvious unless you cut them open! However, relatives they are, and interesting ones at that. They lack the arms distinctive of many echinoderms (such as the sea stars, basket stars and crinoids), and their tube-like feet (podia) have been modified on their backs into a variety of lumps and bumps that are often the visual clue to species identification. They also have the curious habit of spitting out parts of their entrails if molested, in the hope that the potential predator will eat their discarded guts rather than the creature itself! Sounds extreme, but it seems to work for the sea cucumber.

The species pictured here is the Three-Rowed Sea Cucumber (Isostichopus badionotus) which comes in a variety of visual forms, from pale brown with dark dorsal podia, to dark brown with pale dorsal podia, and all the versions in between. In some parts of the world the sea cucumbers are harvested for food, and where this happens they may have become locally uncommon. In Anguilla however, this ‘delicacy’ has yet to be discovered and so sea cucumbers can prowl around at ease. I have to say, I have yet to discover a taste for the creature myself, as when cut up and cooked it became quite gelatinous and gloopy. Maybe the fault of the chef? Could be……but I won’t be trying it again in a hurry thats for sure!