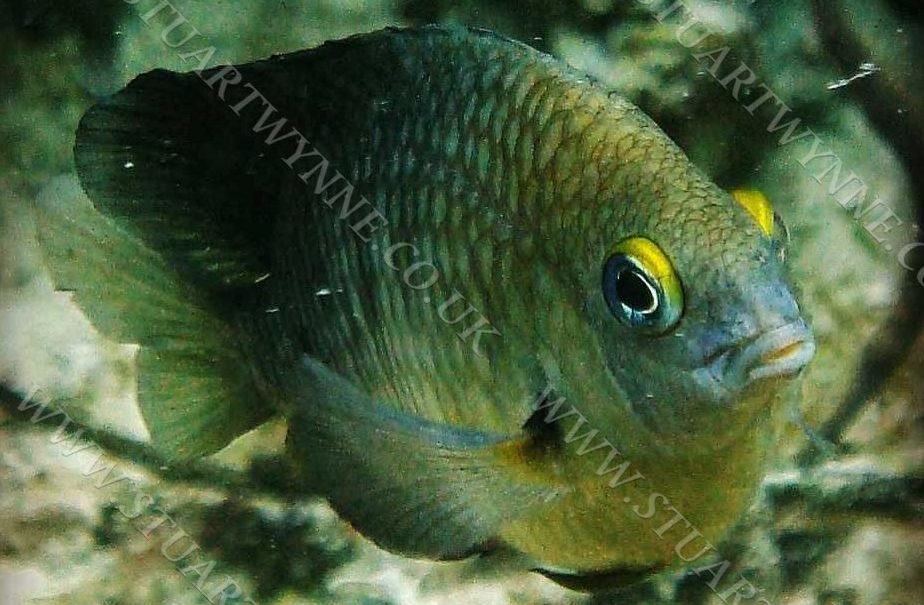 These feisty little fish are quite fun to watch underwater. Flitting around busily they are not scared to chase off even the biggest of intruders as they carefully tend their algal gardens or defend their latest clutch of eggs. There are a number of species of damselfish in the waters around Anguilla, and all have their own behaviours and habits, from the brave Threespot Damselfish, to the more timid Bicolured Damselfish and the free swimming Sergeant Major. This latter species are even more aggressive than the Threespot when breeding, and even changes colour to warn off the hungry hoards of wrasse than continuously try and eat their soon-to-be babies. Quite heart wrenching to watch……however, the sheer number of eggs ensures the survival of the species. Take a closer look at these eggs and you might even be able to see a pair of tiny eyes peering out at you!

Originally posted on Instagram @sea_anguilla with the text: Threespot Damselfish coming out from a protected recess to see off the camera being pointed in its direction. Damselfish probably have more bravado than any other fish in the region, vigorously defending their territories especially around egg laying season. Very ballsy for such small fish. You just have to love them even though they are often overlooked.