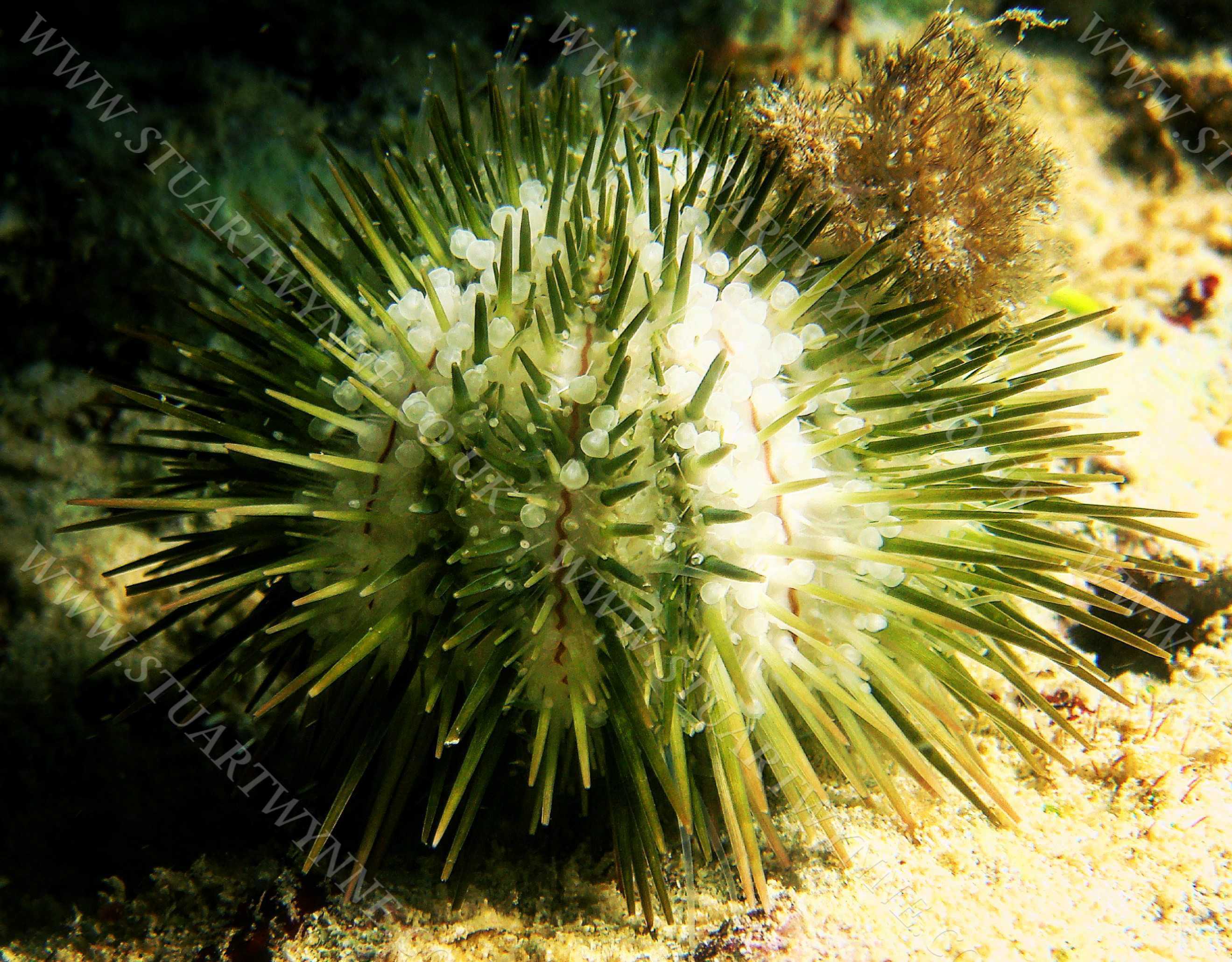 The Variegated Urchin is one of the least common sea urchins in Anguilla, this species can vary colour greatly between individuals and often used bits of algae or small stones to camouflage itself. Reportedly the Squat Urchin Shrimp has been seen living among its spines, although on close inspection of this specimen I did not see any. That would make an awesome macro shot.

As a slight digression, some species of sea urchin are incredibly important keystone coral reef species. To be the subject of a future post, one such species is the Long-Spined Sea Urchin (Diadema antillarum), which plays an important ‘lawn cutting’ role and keeps algae species down thus giving coral species a chance to grow. The Variegated Urchin eats algae also, but does not form dense enough populations to make a real difference in floral cover. Oh well, it makes up for it with its beauty.

Originally posted on Instagram @sea_anguilla with the text: Variegated Urchin with some algae as camouflage (can you see it?) grazing a sand patch in Meads Bay. These are one of the least common urchins found in Anguilla although over the last year or so their numbers appear to be increasing slightly. Uncertain of the reason for this, but makes a nice spot for observant snorkelers.